Dear Stickam member,
We are very sad to announce that Stickam has closed down, effective February 1.  The site will remain active until February 28, so that you can login and download any of your live recordings or other media you wish to save.

When Stickam launched in 2005 we were the very first website devoted to live streaming, user generated video and chat.

The price you pay for being an Aussie 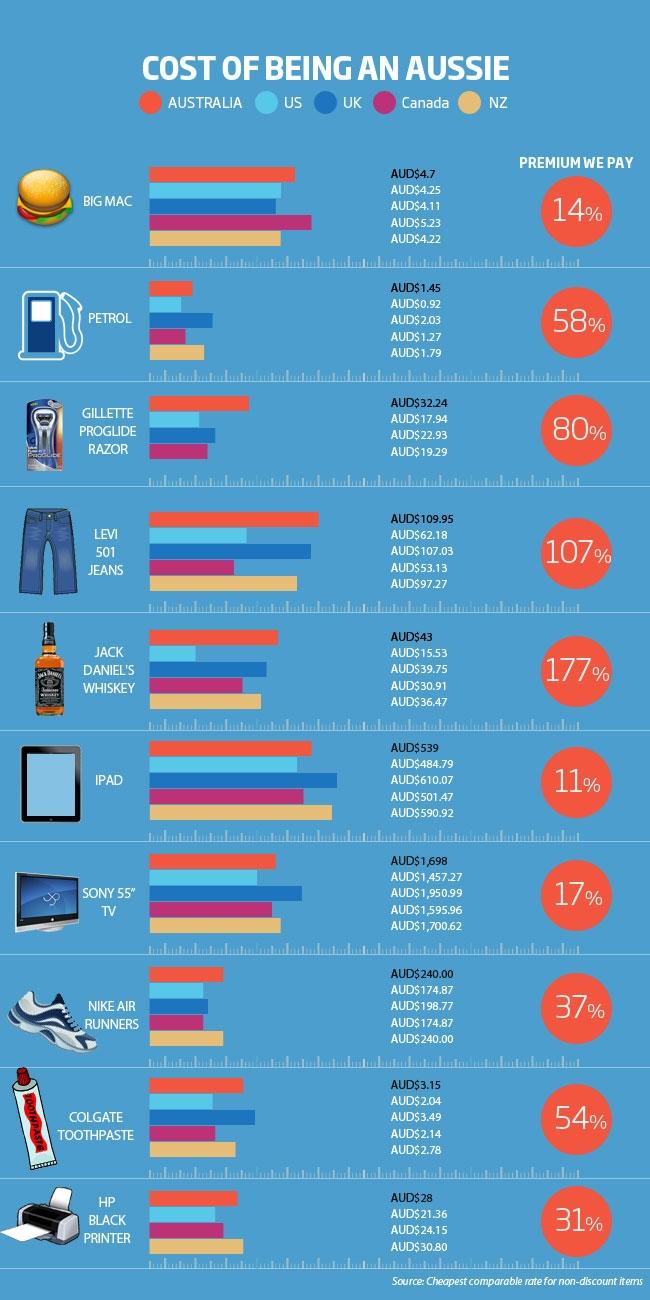 the current federal parliamentary inquiry into IT pricing had helped to raise awareness of just how expensive many goods are in Australia, Dr Denniss said. It emerged on Monday that tech giants such as Apple, Microsoft and Adobe had each received a summons to appear from a committee of politicians probing the prices we pay for software, games, devices and downloads.

OECD data show average earnings in US dollar terms are 37 per cent higher here than America- and nearly 50 per cent better than in the UK. We earn a third more than Canadians, according to the OECD. It doesn’t track New Zealand, but our wages are reportedly 50 per ce nt higher than Kiwis’.

ADOBE has buckled under the pressure of the Federal Government’s IT Pricing inquiry.
Yesterday it dropped the price of its annual subscription rate of its Creative Cloud suite from $62.99 to $49.99 a month, bringing it in line with US prices.
It also lowered its casual subscription price from $94.99 to $74.99 a month.

A quick price comparison between Adobe’s US and Australian online stores shows a deplorable price disparity of $1735. Almost $2000 difference on a piece of software distributed through an online store. It’s still cheaper to fly from here in Sydney to Los Angeles, buy it there, and come home. By doing that I’d save $601, and I’d get Virgin Australia frequent flyer points, too.

The CEO of Adobe today defended his company’s pricing structure for Australia while refusing to explain why Australian customers pay more for its software.

Head of one of the world’s biggest software companies, Shantanu Narayen was in Sydney to cut the ribbon on Adobe’s new Sydney office, accompanied by federal Communications Minister Stephen Conroy and NSW Premier Barry O’Farrell.

When asked during a media briefing today to explain Adobe’s higher pices in Australia, Narayen repeatedly dodged questions on the matter, saying only that the company was focusing on its new as-a-service offering, Creative Cloud.

The move follows repeated unsuccessful calls by the committee – formed in May last year – for the vendors to attend public hearings.

The three companies are required to attend a public hearing in Canberra on the 22nd of next month.

Microsoft and Adobe have both provided submissions to the inquiry but declined to front a public hearing. Apple requested a private, closed-door hearing with the committee and has not provided a public submission.

In what’s probably the first time anywhere in the world, these IT firms are now being summonsed by the Australian Parliament to explain why they price their products so much higher in Australia compared to the US.

The 6.1.1 iOS update is 23MB in size and has been tested by carriers, according to the report.
Vodafone’s British arm warned its customers over the weekend via an SMS alert and support forum post that the 6.1 update may cause problems on iPhone 4S handsets, and asked people to hold off installing it.

Users who have installed the 6.1 update have complained of overheating devices and reduced battery life, while enterprise users with iPhones connecting to Microsoft Exchange servers with the ActiveSync protocolreported that doing so causes a loop that makes log files grow to an enormous size.

Of the 20 videos uploaded this year to Mr Rudd’s YouTube channel – a key publicity plank of his 2007 campaign – 15 have come since the January 30 election announcement, racking up more than 11,200 views.

move that could potentially net the former chief executive a $US2.5 billion ($A2.4 billion) windfall.

Schmidt, who served as Google’s chief executive until 2011, currently owns roughly 7.6 million shares of Class A and Class B common stock. The shares represent 2.3 percent of Google’s outstanding stock and roughly 8.2 percent of the voting power of Google’s stock.

Given Schmidt’s changed role at the company and the amount of his wealth tied up in Google’s stock, it was not unreasonable for him to diversify his holdings, said Wedbush Securities analyst Dix.
“As good as Google stock is, it isn’t as good as cash if you actually want to buy something,” he said.

Microsoft this week delivered a whopper of a security update, complete with 12 patches that address 57 vulnerabilities.

Catching the eyes of security researchers were two of the critical patches that address vulnerabilities in Internet Explorer, a common vector through which criminals serve malware.

We will be able to visit the Tardis in 3D in a special 50th anniversary episode of Doctor Who later this year.

Doctor Who celebrates its 50th birthday in November, but it is not the first time viewers have had the chance to see the Time Lord in 3D.

Doctor Who’s 30th anniversary was marked in 1993 with a 3D story, Dimensions in Time, broadcast as part of Children In Need.