The Australian Government has confirmed Microsoft’s damning testimony at the parliamentary inquiry investigating local technology prices caused the company to lose $100 million in government business over the next four years.

The Federal Government has spent around $142 million a year on Microsoft software licenses over the past four years. Last month the Government renegotiated the deal for another three years.

The committee reviewed 47 Microsoft and rival products and found on average the software giant’s products were priced around 66 percent higher in Australia than the United States.

the Government secured significantly greater discounts resulting in closer alignment with the benchmark pricing paid in the United States,” a spokesperson said.

The Finance department declined to comment on the overall cost of the updated deal. It will release that information in 12 months time.

Phishing campaigns have surfaced that are targeting the Australian Tax Office, and customers of NAB and the Commonwealth bank with malware undetected by most anti-virus engines.

It contained a spoofed email address linked to payroll provider ADP and appeared to use body text not used in other phishing scams to con users into opening the ATO_TAX_16072013.zip malicious Microsoft Word attachment .

It contained the subject “Australian Taxation Office – Refund Notification” with body text that read “after the last calculation of your fiscal activity we have determined that you are eligible to receive a refund of 6731.76 AUD.”

The banking phishing attacks delivered a trojan packed into the attachment SecureMessage.zip.

Only four of 47 anti-virus engines detected the malware.

Apple is investigating an accident in which a Chinese woman was killed by an electric shock when answering a call on her iPhone 5 while it was charging.

According to the the finanical review, Xenophon has written to the ACCC calling for an investigation into whether Apple had colluded with publishers to raise the price of electronic books in Australia, after the Apple  was found guilty last week of doing just that in the US.

An investigation into ebook pricing in Australia would be yet another faced by Apple, as it faces a parliamentary enquiry into the way it prices music and videos, as well as international profit shifting and tax minimisation strategies. 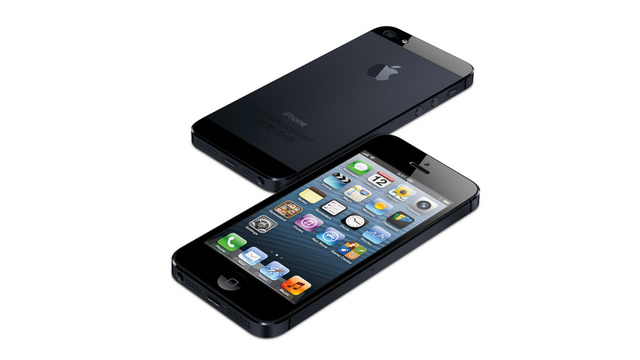 Bloomberg is reporting, citing Taiwanese newspaper Commercial Times, that Apple may delay the next iPhone — after it allegedly decided to tweak its design to feature a bigger 4.3-inch retina display screen.

We’d usually expect a new iPhone to appear around September. But this report, fuelled by comments from “unidentified people in the semiconductor industry”, suggests that Cook and co may have to push the release back to the end of the year. 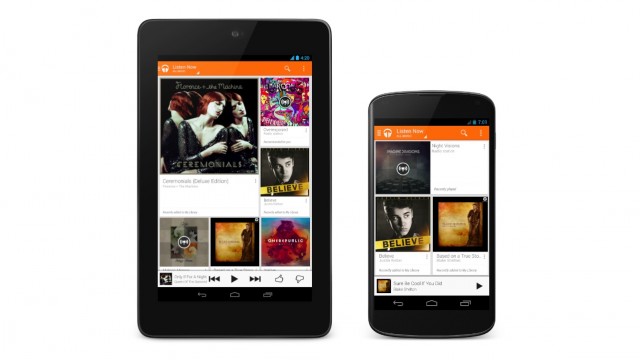 After a few months jealously waiting for Google to open up its awkwardly-named Play streaming service to Australia, we finally have access to it in Australia and New Zealand starting today! The best news is that you can get the special pricing offer we saw at I/O for yourself right now.

All Access is a service that takes the best parts of other music services and blends it together. You can upload 20,000 songs to a digital locker in the cloud to keep and have and hold forever like iTunes Match, you can stream songs from curated radio stations like on Pandora and you can buy stuff to keep forever just like Google Play, ironically.

Right now, everyone gets a 30-day free trial of Google Play Music All Access. Get in there and get your hands (ears?) dirty with some tracks. After that’s expired, Google is offering the same introductory deal that it gave developers access to at this year’s I/O conference: if you sign up to Google Play Music All Access within the next 45 days, you’ll get it for $9.99, rather than the traditional $11.99 that it usually goes for.

Interestingly, despite the fact that the Australian dollar has dipped below parity with the US dollar, Australians still get Google Play Music All Access for the same price: no Australia Tax to speak of.

Huawei’s New Phone Is The Fastest 4G Phone In Australia 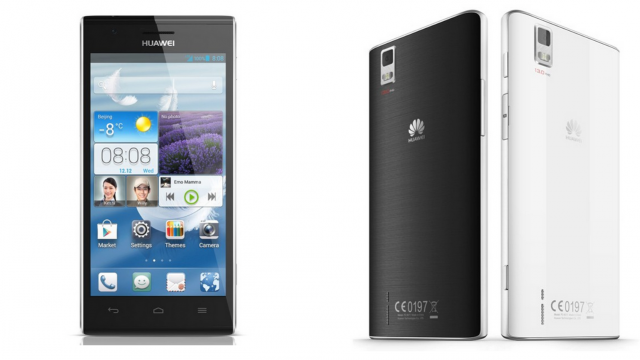 The Huawei Ascend P2 is packing a 1.5GHz quad-core processor built in-house, Android Jelly Bean and a 13-megapixel camera, a 2420mAh battery, and 32GB of internal storage, all sheltered underneath a great-looking 4.7-inch in-cell display (315ppi), but that’s not what makes it special.

The P2 is Australia’s first Category 4 LTE/4G device. That means it’s capable of speeds greater than any 4G smartphone on the market right now. Category 3 devices are only capable of 4G speeds up to 100Mbps, but a Category 4 device charges that right up to 150Mbps down. Compare that to previous wireless generations and you find that DC-HSPA is only capable of 42Mbps, while HSPA+ can only muster 21Mbps.

You’ll be able to get the nation’s first Category 4 device from Telstra for $0 upfront on a $60 Every Day Connect Plan for 24 months. That $60 plan gives you $600 of included calls, text and MMS and 1GB of included data. If you’d rather buy it outright, you can get it for $504. 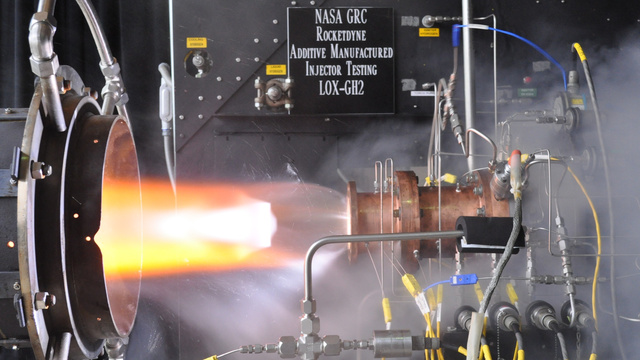 NASA and Aerojet Rocketdyne tested their first 3D-printed rocket engine injector today. What you see above is the little guy passing the test with flying — and flaming — colours. Success is a beautiful thing.

The process used to create the injector, which NASA likes to call “additive manufacturing”, is actually a step or two more insanely awesome than your average molten-plastic variety of 3D printing. NASA’s method involves using lasers blasts to melt stacks of metal powder into gadgets that can sustain rocket blasts. And if tests continue to go this well, NASA could soon be using laser blasts to melt metal powder into entire spacecraft.

Hackers Ban US Authorities From Attending DEF CON This Year

The Obama administration’s big push for improved cyber security just hit a roadblock after the organisers for the hacker conference DEF CON banned feds from attending. Maybe next year?

In a letter posted on the event’s website late Wednesday night, DEF CON founder Jeff Moss said very plainly that “it would be best for everyone involved if the feds call a ‘time-out’ and not attend DEF CON this year” in light of recent revelations about the National Security Agency’s overzealous spying on Americans. “The community is digesting things that the Feds have had a decade to understand and come to terms with,” Moss told Reuters after posting the letter. “A little bit of time and distance can be a healthy thing, especially when emotions are running high.”

This is a big deal because DEF CON is arguably the federal government’s biggest opportunity to recruit hackers over to their side. Again, cyber security is a huge priority for the Obama administration, and over the next five years, the Pentagon will spend some $US23 billion beefing up the nation’s capabilities. And the NSA is leading the charge. In fact, the NSA is so serious about recruiting hackers from DEF CON, they have a special page set up on their career site for attendees. (Ironically, in last year’s message the agency says, “Maybe by the time DEF CON 21 rolls around, you’ll have a whole new perspective on the importance of what you do.”)

Feds, we need some time apart.

For over two decades DEF CON has been an open nexus of hacker culture, a place where seasoned pros, hackers, academics, and feds can meet, share ideas and party on neutral territory. Our community operates in the spirit of openness, verified trust, and mutual respect.

When it comes to sharing and socializing with feds, recent revelations have made many in the community uncomfortable about this relationship. Therefore, I think it would be best for everyone involved if the feds call a “time-out” and not attend DEF CON this year.

This will give everybody time to think about how we got here, and what comes next.

Residents and visitors in Parramatta, NSW will be able to surf the Internet for free at speeds up to 100Mbps with the launch of a new “5G” fixed wireless network using the super-fast 802.11ac Wi-Fi standard.

Using any Wi-Fi enabled device, users can access 30 minutes a day of free Internet, and for continuous access, can sign up to W3 Networks – the Parramatta-based company that is hosting the network.

Microsoft has cut the price of its Surface RT tablet, which runs a cut-down version of Windows 8. The Surface RT used to sell in Australia starting at $559; it’s now been cut down to start from $389, according to Microsoft’s Australian website.

The key issue with the Surface RT has always been that it has felt like a half-in, half-out device in terms of the tablet market. Its Windows RT operating system looked and felt like Windows 8 and it delivered good battery life on the ARM processors which sat at the heart of the Surface RT. However, the combination of its inability to run traditional Windows 8 applications (unlike its big brother the Surface Pro), coupled with the lack of a substantial third-party app ecosystem for Windows RT, meant that the unit never really went anywhere, unfortunately.

PayPal just made 56-year-old Chris Reynolds a quadrillionaire. Yes, a quadrillionaire. For a little while anyway. When Reynolds opened his monthly email account update on Friday, he was pleasantly surprised with a balance of $92,233,720,368,547,800 — 922,337,203,685,478 times more than the $100 or so worth of transactions he usually does per month on PayPal. And very obviously some sort of mistake.

For the record, quadrillion is a real number. It’s 1300 times more than the entire world’s GDP, and trillions and trillions more than the $US73 billion fortune of Carlos Slim, the richest man in the world. And although there are random financial clerical errors all the time, this 17-figure sum is just about the biggest PayPal flub we’ve ever seen. Unfortunately, Reynolds didn’t get to keep any of his accidental quadrillions; by the time he logged into his account, PayPal had already corrected his balance.

The Wall Street Journal reports unnamed sources that say Google has approached big media companies about licensing TV shows for a streaming television service it wants to launch. Intel and Apple have also been working on similar services.

Details are pretty thin here, but it’s clear that what Google is going for here is a service that’s more like cable than existing online sources like Netflix and Hulu. It would make a lot of sense for Google to develop this kind of product to beef up its struggling Google TV platform.