Microsoft Retail Stores this week introduced a new iPad trade-in offer that will give customers a minimum US$200 gift card in exchange for a “gently used” iPad 2, 3 or 4.

The offer, which expires 27 October, allows customers to use the gift card for any Microsoft Store product but stresses the Surface RT and Surface Pro, which are currently priced at US$349 and US$799, respectively.

The offer states that eligible iPads should include a power cord and cannot be password protected. The gift card value will be equal to the trade-in value of the iPad, the offer states, and will be subject to the Microsoft Store manager’s approval.

APPLE rolled out its new operating system, iOS7, overnight but its servers were overwhelmed due to high demand and many users had their update delayed.

Users’ iPhones were rendered useless they were unable to download the update at all, while others experienced errors during the installation process.

The new software has been designed to make the iPhone appear bigger, with features crafted to take advantage of the entire screen.

Text is said to appear sharper, while a ‘control centre’ on the phone allows users to adjust settings with just one upward swipe.

This gives instant access to functions such as Airplane Mode, wi-fi, Bluetooth or Do Not Disturb, and enables users to quickly pause or play a song, jump to the next track and stream music.

Meanwhile a ‘notification centre’ is available from the lock screen so users can view updates with a ‘simple swipe’.

Apple has also introduced an AirDrop tool to share content – which is said to be fully encrypted – with contacts nearby, and has added further updates to its cameras, such as Instagram-like filters and a square format.

Other new features include:

– A torch facility at the touch of a button, rather than having to download an app.

– The Siri ‘personal assistant’ has new voices and commands available, such as the ability to search and post on Twitter.

The suppression technology is designed to stop malware-infected devices from being able to communicate with a command and control server.

The protection technology stops this by blocking any attempts by the computer to access servers known to be operated by cyber criminals.

Telstra cited research from a cybersecurity site showing about six per cent of home computers are infected with botnet malware.

A man who picked up one of the first copies of Grand Theft Auto V when shops opened at midnight was stabbed and robbed of the game as he made his way home in London.

He was hit with a brick, stabbed and stripped of his mobile phone, watch and his copy of GTA V near the supermarket.

Take-Two Interactive Software said on Wednesday GTA V ‘delivered the highest first day retail sales of any title in the history of the company and the Grand Theft Auto series.’

The first-day totals of $A859.61 million worldwide exclude the upcoming launch in Japan and Brazil, according to the company.

Launching in Australia this week, viagogo is a ticket re-sale website where people buy and sell tickets for sold-out and high-demand concerts and sporting games.

It is designed as a secure marketplace, as sellers only receive payment after the buyer has attended the event.

scalpers took tickets out of the hands of genuine fans by jumping in and buying up large amounts of tickets when they were first offered for sale.

When tickets to the first three days of the Sydney Test were officially “sold out” within two hours in July, hundreds of tickets were offered for sale on viagogo within hours.

Tickets with a face value of $130 were being offered for sale for $256 last night.

Mr Poulter said Cricket Australia probably could command higher prices for the Ashes but “we set prices for fans not fat cats”.

Reminder: Back Up Your Stuff Before Upgrading To iOS 7 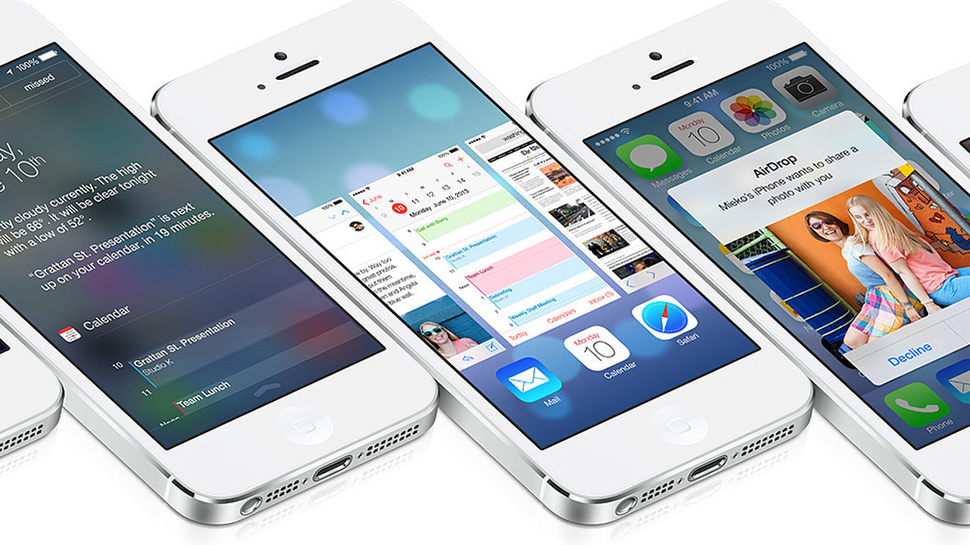 iOS 7 is arriving today. As exciting as that might be, major platform updates are almost always very buggy, so you should back your stuff up before you dive in. Here’s a quick refresher on how.

Google Knows The Wi-Fi Passwords Of All Android Users 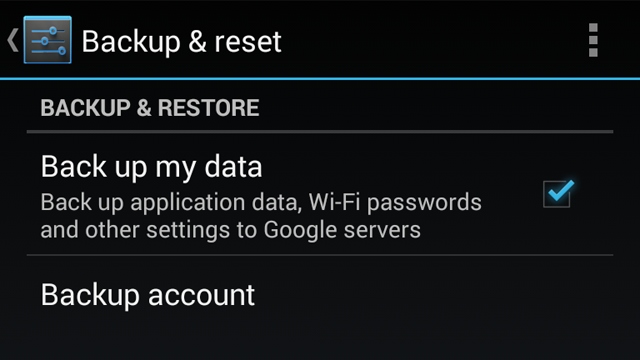 A new privacy fuss is kicking off around Google’s Android mobile OS, with security boffins claiming that the software’s backup tools mean that a copy of everyone’s Wi-Fi password history is now saved to Google’s servers. Which may mean it could be legally compelled to hand them out, should a government come calling.

The key issue is that Google’s not only storing passwords, but it’s doing so in a manner that means it can read them if it wants to, as illustrated by the way new Android devices can pull in all your old passwords and settings from its servers once you provide your phone with a Gmail address and password.

Which makes it easier for us to juggle two phones and three tablets, but might just mean our networks aren’t as safe from spying eyes, or illegal use, as we thought. [Computer World via Slashgear] 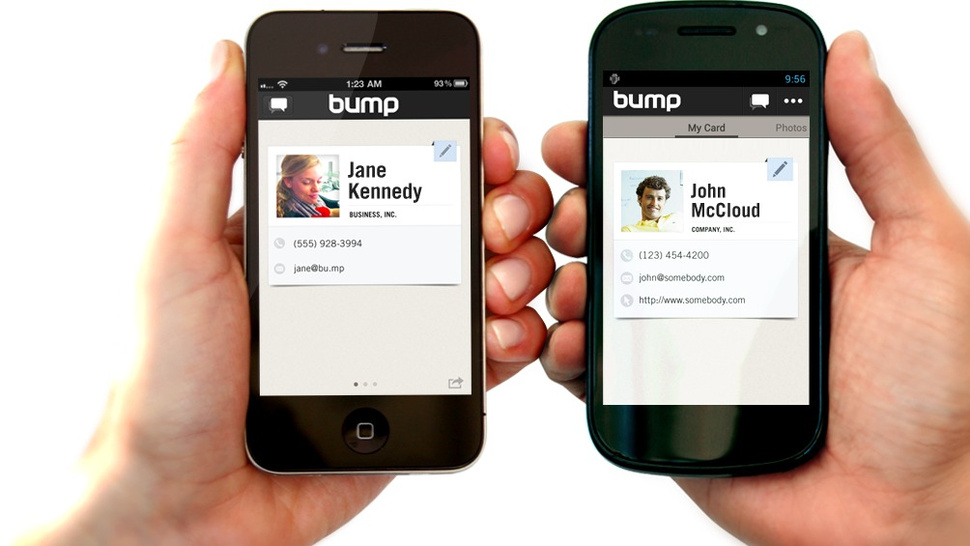 Remember Bump, that nifty little app that let you transfer data from phone to phone — or phone to computer — with a handy little NFC-free bump? Well now it belongs to Google.

Bump/touch-to-share has always been a little bit of a novelty, mainly because most variations — like those built-in to Samsung’s Galaxy phones — rely on NFC to get the job done. Bump, instead, just relies on both users having the Bump app, while the synchronisation happens in the background thanks to some fancy cloud-syncing magic. Now, with a Google acquisition, it might not be long until that feature is built right into vanilla Android. 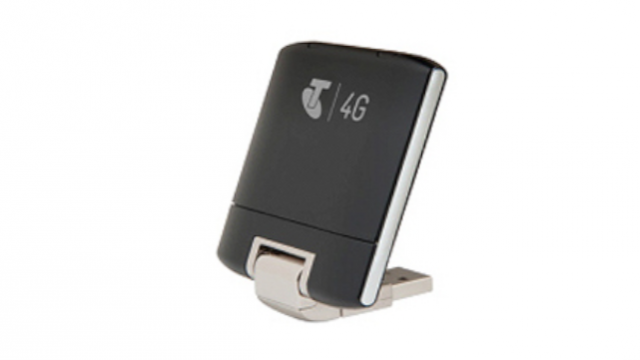 According to the Australian Financial Review, the nation’s largest telco is quietly toiling away on a 4G network that would allow, under the right circumstances, download speeds of a blistering 450Mbps.

The telco will reportedly achieve the speeds by deploying its LTE-Advanced (LTE-A) network complete with carrier aggregation. We already know that Telstra is testing LTE-A on its network, but we’re as yet unsure when we might get access to this as normal consumers. LTE-A is a system that lets the telco combine both 1800MHz and 900MHz spectrum to create one network stream. When someone moves deeper into a rural area, they shift from being on the larger spectrum over to the 900MHz spectrum to ensure consistent coverage.

The NSA Disguises Itself As Google To Spy 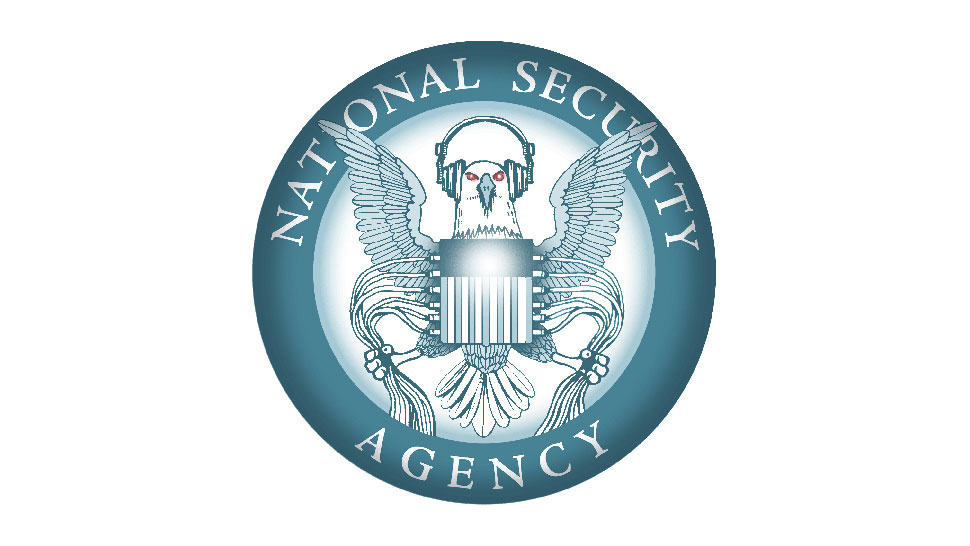 It’s come to light that the NSA has impersonated Google — and possibly other big websites — in order to intercept, store, and read supposedly secure online communications.

Mother Jones reports that the agency managed this by using “man-in-the-middle (MITM)” attacks, which are often used by high-class hackers. PowerPoint slides made public by a Brazilian news channel also suggest the technique is used by the UK-based GCHQ. Mother Jones describes how the hack works:

According to the document, NSA employees log into an internet router — most likely one used by an internet service provider or a backbone network. (It’s not clear whether this was done with the permission or knowledge of the router’s owner.) Once logged in, the NSA redirects the “target traffic” to an “MITM,” a site that acts as a stealthy intermediary, harvesting communications before forwarding them to their intended destination.