Google Glass Is on Sale for Anyone in the U.S. (Again)

Glass can now be purchased by anyone in the U.S. willing to fork out $1,500. But it’s not clear for exactly how long.

The company has had a restricted beta test of the device, as well as an open one-day Glass sale last month. On Tuesday, Google said it will sell the device more broadly, but only while supplies last.

Then again, Glass fanciers could also wait until after it leaves the current developmental stage, which may is likely to include consumer versions incorporated into frames sold by the likes of Oakley and Ray-Ban.

Windows 8.1 Update 1 was released in April, and Microsoft warned users they wouldn’t get the next round of Patch Tuesday updates – released today – or any emergency security fixes if they didn’t install Update 1.

However, users have complained that the update isn’t installing, instead showing a long list of errors.

In response, Microsoft has extended the deadline to upgrade to 10 June – meaning those that haven’t yet managed to make the update work will still get security fixes released today

He directed users having trouble with the update to a Microsoft article that addresses one of the errors, and to the Windows community forums.

Telstra has constructed four dedicated mobile sites covering the Melbourne and Sydney route to test whether LTE coverage could be provided to passengers flying on planes.

Tesltra was able to establish and maintain network connections of an average of 10Mbs, according to a post on the Telstra website.

The “Skinet” initiative is believed to be the first of its kind in Australia, while AT&T announced a similar project in America last month.

The tests used upward-facing antennas to provide 4G access to commercial flights. An antenna is also located underneath the plane.

Telstra plans to perform more tests later this year as the company explores the “possible economics” of a country-wide LTE network of this type.

NEC is teaming up with one of Japan’s leading carriers NTT DOCOMO to test 5G, which is capable of exceeding the mind-boggling speed of 10Gbps

The two companies aims to launch the service in 2020.

Game of Thrones author George RR Martin: ‘Why I still use DOS’

He said he did not want a modern PC that amended his writing as he typed.

he said he kept a second computer for browsing the internet.

“I hate some of these modern systems where you type a lower case letter and it becomes a capital. I don’t want a capital. If I’d wanted a capital, I’d have typed a capital. I know how to work the shift key. Stop fixing it.”

He has a  writing computer, which is a DOS machine not connected to the internet. Remember DOS? He uses WordStar 4.0 as his word-processing system.”

Mozilla has said it will test a plan that puts ads and sponsored content on the boxes that appear when Firefox users launch a new tab on the browser.

Firefox displays nine boxes or “tiles” showing screenshots of the websites visited most often by the user.

He said the tests were designed to understand what the users find helpful and what parts they ignore or disable on the browser.

“These tests are not about revenue and none will be collected. Sponsorship would be the next stage once we are confident that we can deliver user value.”

The on-premises part of the event, scheduled to start at 11 a.m. ET (8 a.m. PT) on Tuesday, May 20, is invite-only. Others, including customers, partners and even rivals, will be able to take in the presentation via a live webcast, Microsoft said in a brief announcement.

The webcast URL won’t be disclosed until some time on Monday, May 19, the Redmond, Wash. company said.

Most expectations for the event have revolved around a smaller-sized Surface tablet, one with a screen 7- to 8-in. measured diagonally. But rumors of a multi-product roll-out have also popped up, triggered by Bloomberg, which claimed inside sources told the publication that other new models, including ones powered by Intel processors, would debut next week.

The Court of Justice of the European Union upheld the complaint of a Spanish man who objected to the fact that Google searches on his name threw up links to a 1998 newspaper article about the repossession of his home.

The case highlighted the struggle online between free speech advocates and supporters of privacy rights who say people should have the “right to be forgotten” – meaning that they should be able to remove their digital traces from the internet.

Google can be required to remove data that is “inadequate, irrelevant or no longer relevant, or excessive in relation to the purposes for which they were processed and in the light of the time that has elapsed,” said judges at the Luxembourg-based court. The court said the rights of people whose privacy has been infringed outweighed the general public interest.

Google said it was disappointed with the ruling, which contradicted a non-binding opinion from the court adviser last year that said deleting sensitive information from search results would interfere with freedom of expression. 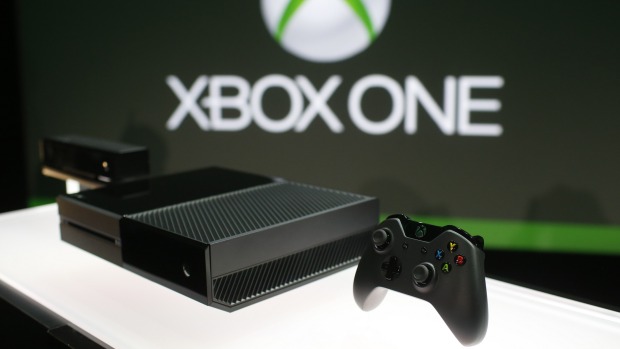 After sticking to its guns for only six months, Microsoft has caved into pressure to sell the Xbox One without the Kinect camera.

As of June 9, Microsoft plans to sell the Xbox One in Australia for $499 without the Kinect sensor – slashing $100 off the entry-level price and undercutting the PlayStation 4. Microsoft intends to sell the Kinect as a standalone accessory, although there’s no price on it yet.

If you’re keen on the Xbox One’s HDMI pass-through and other multimedia features then you should think twice before forgoing the Kinect. Apart from supporting games, the Kinect is also a central tenet of the console’s home entertainment features, such as using IR blasters to change the channel on your television and control other AV gear. Unfortunately Australians are still waiting on some of this functionality, which is frustrating.

If this backflip isn’t enough to claw back sales against Sony, Microsoft is also scrapping the need for an Xbox Gold Live subscription in order to watch video services such as Netflix and Hulu in the US or Quickflix and Foxtel Play in Australia. You’ll still need the Live Gold subscription for online multiplayer gaming. 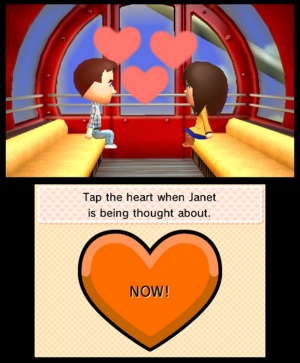 Nintendo is apologising and pledging to be more inclusive after being criticised for not recognising same-sex relationships in English editions of a life-simulator video game.

The publisher said that while it was too late to change the current game, it was committed to building virtual equality into future versions if they’re produced.

Nintendo came under fire from fans and gay rights organisations this past week after refusing to add same-sex relationship options to the game Tomodachi Life.

“We apologise for disappointing many people by failing to include same-sex relationships in Tomodachi Life,” Nintendo said in a statement released on Friday. “Unfortunately, it is not possible for us to change this game’s design, and such a significant development change can’t be accomplished with a post-ship patch.”

Jupiter ACE: You Could Own The Brand 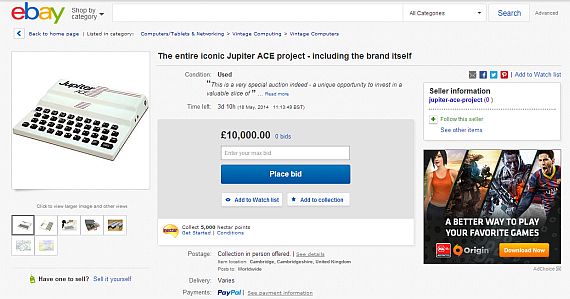 Got a cool £10,000 burning a hole in your pocket? Do you want to own a piece of computing history? If you answered yes to both questions, then you could be the proud owner of the iconic Jupiter ACE brand.

The Jupiter ACE was a British home computer of the 1980s, marketed by a company named Jupiter Cantab. The company was formed by Richard Altwasser and Stephen Vickers, who had been on the design team for the Sinclair ZX Spectrum.

The Jupiter ACE somewhat resembled a ZX81 in a white case, with black rubber keys like the Spectrum. It displayed output on a television, and programs could be saved and loaded on cassette tape, as was standard at that time. The machine came with 3 KB RAM, expandable to 49 K. While it had only one video mode, text only, which displayed 24 rows of 32 columns of characters in black and white, it was possible to display graphics, by redefining the 8×8 pixel bitmap of any of the 128 characters. Like the ZX Spectrum, the machine’s audio capabilities were restricted to beeps of programmable frequency and duration, output through a small built-in speaker.