Lenovo has launched the newest products in its Yoga series of tablets in Australia.

The Yoga Tablet 2 Pro is aimed at home entertainment, and comes with a built-in theatre projector that displays a 50-inch image from two metres away. It also has a 13.3-inch 2560×1440 resolution screen. It’s also the first tablet to be fitted with a JBL subwoofer. It will have a starting price of $799

The tablets have a built-in kick stand that can also be used to hang the devices on a wall. They are all powered by Intel Atom Z3745 processors.

“Today, storage limits just became a thing of the past with Office 365. Moving forward, all Office 365 customers will get unlimited OneDrive storage at no additional cost,” said Chris Jones, corporate vice president, Windows Services, in a post unveiling the offer on Microsoft’s OneDrive blog Monday. Pricing for Office 365 starts at US$6.99 per month

The move comes as companies such as Dropbox have slashed its pricing. In August, for example, Dropbox cut its pricing for 1TB of storage to US$10 a month following similar moves by Microsoft and Google. Amazon, on the other hand, has been the lone holdout charging US$500 a year for 1TB of storage.

Sales of Microsoft’s Surface tablet-laptop computers reached US$908 million in the company’s first quarter with the third generation of the product gaining market traction.

Microsoft has attributed the result largely due to the Surface Pro 3, which went on sale in June.

The first half of the process requires the user to register at least one device as trusted for authentication purposes. This then acts like a smartcard for all other Windows 10 devices, providing it can connect via Bluetooth or Wi-Fi. Alternatively, users can register all their Windows 10 hardware as trusted, meaning they can be logged into each independently of others.

The second half is a PIN, which can be made up of any number of alphanumeric characters, or a biometric input such as a fingerprint.

While the feature, which is not currently turned on in the Windows 10 Technical Preview, is being promoted to the enterprise market, Alkove said it will also be available to, and useful for, consumers.

Google has unveiled a new two-factor authentication tool, letting you plug a USB key into your computer to verify your identity rather than have a code sent to your phone.

Google already offers two-step verification for its accounts, though it’s not enabled by default. Once you’ve flipped it on, it will send a code to your registered phone number to be entered if you try to sign in from an unfamiliar device.

There’s no direct charge for using the Security Key system with Google’s sites, but you’ll have to buy a supported U2F USB stick – which can be bought for £5 (approximately $9.14) on Amazon.

Microsoft has unveiled its first wearable device that can track a user’s sleep and exercise as well as connect to a health service on smartphones.

The device can operate for two days on a single charge and has 10 sensors that can track heart rate, calories, stress and even a person’s sun exposure.

Microsoft’s device is distinctive because it will work with all major mobile operating systems as well as connect to social networks such as Facebook and Twitter. 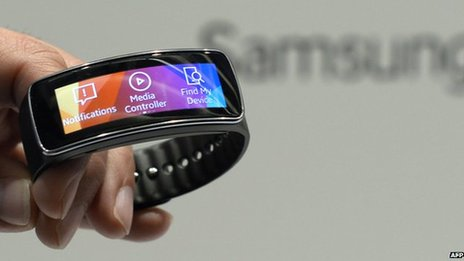 Mr Eustace was carried by a large helium balloon from New Mexico to over 40km (25 miles) above the earth.

The 57-year-old leapt out in a specially-designed space suit, reaching speeds of more than 1,300km/h.

He exceeded the speed of sound, setting off a small sonic boom, and set several skydiving records in the process.

The previous record was set by Mr Baumgartner two years ago, after he jumped from a height of nearly 128,000 feet. 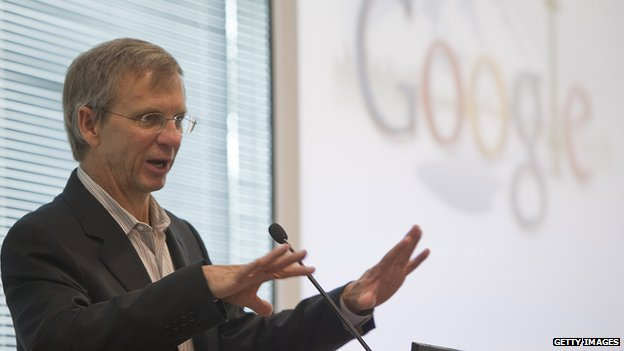 He told the newspaper that he did not feel or hear the sonic boom as he passed the speed of sound, although it was heard by observers on the ground.

“When the customer arrives at the restaurant, they can scan a quick response [QR] code for automatic dispatch of the order to the kitchen. The customer then goes to the pickup point without having to wait in line,” said McDonald’s Australia, New Zealand and Pacific CIOHenry Shiner.

The app should be available by December 2014 to customers nationwide.

Microsoft slates Office 16 for second half of 2015

Microsoft will launch its next version of Office for Windows in the second half of 2015, according to an online report.

This is purely a Jedi mind trick.