Australian Internet and Social Media Statistics: The year of 2014

With 2014 now well and truly over, we’ve taken the Australian Internet and Social Media statistics from the past year and listed the most substantial findings here.

Sony boss “very proud” of standing up to hackers

Sony Pictures Entertainment will not capitulate to cybercriminals despite the company’s systems being completely overrun by attackers, according to Sony group CEO Kazuo Hirai.

TorGuard, the VPN service that initially reported the problems, has pledged to develop simple workarounds if and when the blocks are fully implemented, along with competitors such as Unblock-Us.

Until Netflix fixes the problems with content localisation, “VPN piracy” will continue to be widespread, with the internet circumventing blocks as fast as they can be created. If the proposed systems do succeed, however, the company may end up driving customers back to piracy.

The update to Outlook brings a refreshed look and a series of new features, however it is only available to subscribers to Office 365, and not those who have previously bought a standalone Office 2011 suite.

Microsoft says the updated Outlook “delivers improved performance and reliability and a fresh look and feel that is unmistakably Microsoft Office,” and there’s no doubt that – visually – it’s much closer to Outlook 2013 on PC than it was before.

Microsoft says performance has been improved thanks to a “new threading model and database improvements”, and that the software now supports Office 365 push email for “real-time email delivery”. Microsoft also claims that it will take less time to sync email with Exchange Web Services the first time Outlook is run.

The update is available now to either commercial or consumer Office 365 subscribers.

Apple to rush out first ever automatic security update

Apple has issued its first ever automatic security update in order to patch a critical flaw in its Mac OS X operating system.

The vulnerability, which was publicised by the US Department of Homeland Security last week, affected the Network Time Protocol (NTP) element of Apple’s operating system and could allow a hacker to take control of a victim’s computer using a remote code execution attack.

Apple is using an automatic update function it introduced two years ago but had gone unused until now.

As well as Mac OS, all currently supported versions of Windows use NTP.

The Microsoft founder said he wanted to begin sending processing plants around the world after tests later this year.  The project was welcomed by WaterAid which said some 748 million people worldwide lack clean drinking water.

In a video posted on his blog, Mr Gates watched as the human waste was fed into the processor, before drinking the end product from a glass.

TV in Australia is about to get a big shake-up 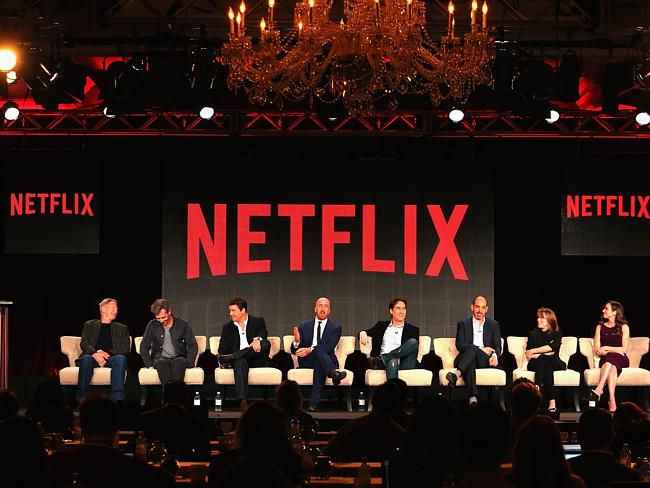 While the manufacturing giants are spending most of their time these days going on about “OLED”, “Triluminos”, “S’UHD” or whatever other confusing names they can come up with to push their products, something much bigger is going on behind the scenes.

Because the fact is that while Samsung, LG and Sony are all divided over their different display technologies, the one thing they all unanimously agree on is that digitally streaming content is fast becoming the most popular way people consume content.

You just have to look at the success of companies like YouTube and GoPro who have made their billions by either hosting or being used to create content for people to spend hours streaming.

The ease of creating and showing people videos has made amateur footage, whether it be of sport, comedy or tutorials, a magnet for eyeballs. The fact that nearly all TVs now come with a YouTube app installed reinforces this. Minecraft tutorial videos, such as this one, have attracted more than 8 million hits alone:

But of course, where the real change is about to happen is in the streaming content market. All the big players are set to make a splash in 2015, with Foxtel and Channel 7 combining for Presto Entertainment, Channel 9 and Fairfax partnering for Stan and of course the world’s most popular streaming service Netflix.

In the USA where Netflix launched years ago, the service is so popular that 30 per cent of the country’s internet traffic in peak times is just from Netflix.

Anothersurvey from Sony owned Crackle showed that 83 per cent of the US streams TV and movies over the internet. For those aged under 30, the stats are even higher, at 90 per cent.

For at least the next 12 months, the market will be fragmented due to exclusive contracts signed some time ago for big shows, with most of these owned by Foxtel. This means that Presto will be exclusively streaming some shows, while Stan and Netflix will be streaming different exclusives that they don’t have.

However, once the rights for individual shows expire, the content deals could go anywhere.

Netflix spokesman Cliff Edwards told news.com.au today at CES that the company no longer looks to sign contracts for individual countries and regions, but globally.

One example of this is Batman spin-off Gotham., In Australia, Channel 9 owns the broadcast rights, but Netflix owns the global streaming rights. This means, the day after Channel 9 airs its episode of Gotham, Netflix will have the episode online in its library for subscribers to watch.

For now, that business model seems the immediate future, but with blockbuster TV shows like House of Cards increasingly being commissioned by streaming companies like Netflix, it has become evident that the future of our media consumption is going to be on streaming services like Presto, Netflix and Stan.

Mr Edwards also told news.com.au that if the right locally produced Australian TV show popped up, Netflix would have no problem jumping on it to commission the show.

However, Foxtel’s Director of Presto and VOD Shaun James told news.com.au that the company believes streaming services like Netflix and Presto will compliment existing cable subscription services rather than replacing them.

“Streaming services aren’t an either or, but rather an and,” said James.

While content is key for the future, software and ease of use is equally as important.

As it stands, traditional broadcasters don’t broadcast in high definition on their main channels.

With streaming, as opposed to traditional TV, all our major shows can be broadcasted from either the lowest quality possible, right up to 4K. It’s for that reason that TV makers like LG are pushing the services to compliment the technology they’re engineering. LG Australia’s General Manager of Marketing Lambro Skropodis told news.com.au that their partnership with GoPro for the GoPro channel helps legitimise beautiful 4K content and makes it accessible in ways that traditional broadcast television can’t.

Streaming services also have the advantage over traditional TV services of being able to not only give access to content whenever the user wants, but to use special algorithms to work out what the user might want to watch next based off their previous habits. While this obviously benefits the consumer hugely, it means that people will be spending more time watching content and giving providers more opportunity than ever for revenue.

But as great as all this new technology is, it is still yet to be seen whether Australia’s internet can handle that much data being streamed. Especially without a complete fibre connection like in the US and Europe. With the Government’s new multi-technology NBN, it doesn’t look like this will be changing anytime soon either.

Smartwatch market is on standby waiting for the Apple Watch 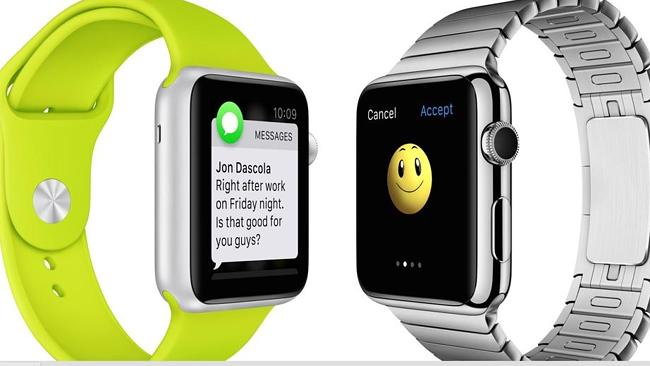 ANALYSIS. WALKING around the huge show floors at the Consumer Electronics Show you see battles everywhere. Between TV manufacturers, smartphone manufacturers, car manufacturers and even companies pushing their washing machines. Yes, there is a washing machine war happening at a tech expo. But this year, there are no smartwatch battles, and that’s because of one thing.

Before September last year, every electronics manufacturer, every fashion label wanted to get their own smartwatch on the market. They couldn’t roll them out fast enough, Samsung announced three watches at Mobile World Congress in March and released a new one a few only months later. LG, who were pioneers in the technology with the original G Watch, watched the reception of other watches, including the Motorola 360, so quickly released the circular G Watch R.

Many people thought CES 2015 was going to be full of smartwatches in every booth, both big and small. It made sense. The Consumer Electronics Show is a conference full of early adopters, the watches are easy to make, and if you had a killer feature it immediately would have the attention of the world’s biggest tech press.

But alas, no real smartwatches. Not from the big guys, the middle sized guys or the ones building out of their garage. Sure, we saw Audi use a new LG watch to bring a car out on stage, but that’s all it was for.

The Apple Watch has the whole industry on standby. Maybe it’s because they want to see if there are any tricks up the company’s sleeve at release, or how the market reacts to the way you interact with the watch. But really, the industry is just banking on Apple to fix its image problem, to make the smartwatch cool and must have.

Before Apple released the iPad in 2010, tablets were in a similar situation. They existed, companies were making them, but consumers didn’t know what to use them for and didn’t buy them. The iPad and Apple then came along and changed all of that. Now in 2015, the entire industry is hoping that Apple can do what it does best.

Convincing people that their idea is right. That this new type of product they have is something people need.

Apple has never attended the CES, and is known to try and steal thunder from its competitors by leaking information or announcing events at the same time. But maybe this year’s thunder stealing action happened back in September.

THE battle of the smartphones in Australia has become a neck-and-neck race with new marketshare figures showing a huge jump for Apple on the back of the iPhone 6 launch. 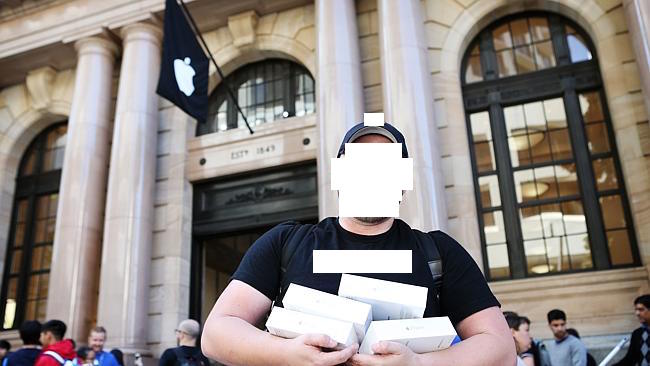 Kantar Worldpanel ComTech data released today for smartphones sold in the three months ending November 2014 shows in Australia Apple iOS phones had 44.9 per cent of marketshare against 45 per cent for Android.

Apple, which launched the iPhone 6 and iPhone 6 Plus during that quarter, is the big winner in the latest figures, with a 10 per cent jump in Australian sales compared on the previous year while Android phones suffered a 10 per cent drop.

That trend was reflected around the world.

In the United States, iOS phones recorded a 4.3 per cent jump against a 2 per cent drop for Android compared to the previous year putting the competitors within a percentage point of each other with Android claimed 48.4 per cent and iOS 47.4 per cent.

The iPhone 6 was the best-selling phone in the US market for the quarter. The Kantar data shows that Android sales marketshare dropped for the first time since September 2013.

The swing to Apple phones was greatest in the United Kingdom, with Apple recording a 12.2 per cent jump for the quarter compared with the previous year’s figures against a 6.7 per cent drop for Android phones.

In Europe, the report shows that 18 per cent of Android customers are switching to iPhones when they upgrade their phones. 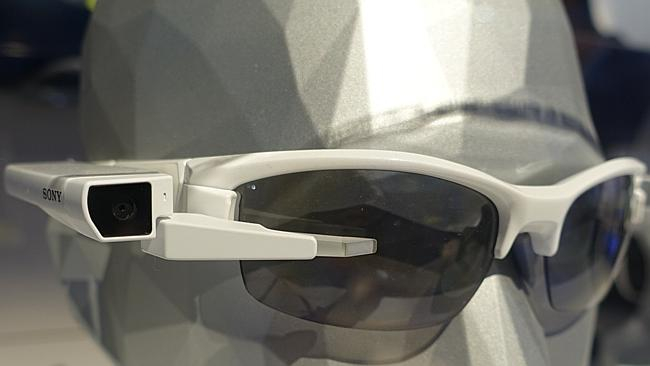 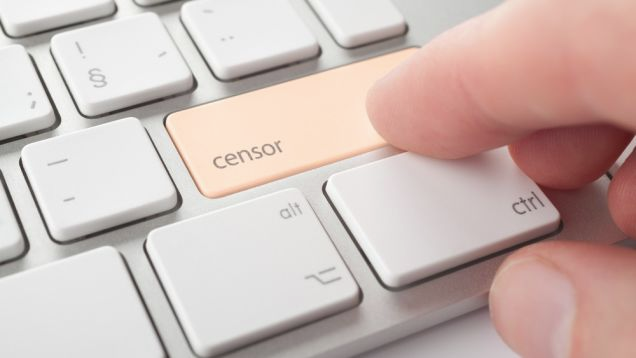 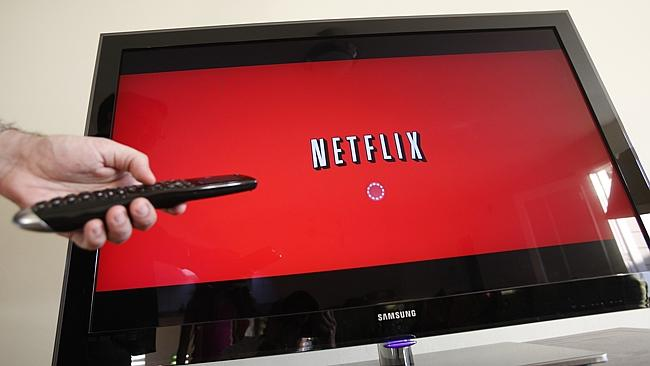 The catalogue offered in Australia will be different to the US due to existing exclusivity deals with providers such as Foxtel & the new Stan service.