While all eyes are on self-driving and semi-autonomous cars, Ford has revealed a new type of smart vehicle at Mobile World Congress in Barcelona – the MoDe e-bike.

There are two versions of the bike, the MoDe:Me for urban commuters and MoDe:Pro for “urban commercial use”.

There are two primary differences between the MoDe:Me and MoDe:Pro. The first is that the Pro has a rack on the back

The second is that the Me can be folded up and taken on public transport, whereas the Pro can be stowed in commercial vehicles,

both come with a 200W motor with 9mAh battery, which can help users achieve speeds of up to 15mph without excessive effort through pedal assist.

Both the Pro and the Me are kitted out with a rear-facing ultrasonic sensor, similar to that seen on connected cars. This allows the bike to deliver feedback to the rider, such as having the handlebar vibrate when a vehicle is overtaking. The handlebar lights will also come on automatically, alerting other users to the presence of the bike.

The MoDe:Me and MoDe:Pro also both work with an app developed by Ford called the MoDe:Link.

MoDe:Link will, according to Ford, provide the rider with navigation aids, including handlebar grip vibration to let them know when and in which direction to turn. This will also automatically trigger the appropriate indicator.

Additionally, it includes “smart routing”, which “integrates journey planning with personal vehicle and public transport networks, which can be filtered by cost, time and amount of cycling”.

It also includes information on the weather, parking costs and charging stations.

the whole system is currently in the prototype phase.

the TAB 2 A8 tablet has an 8in screen and an HD display, rather than Full-HD, and has eight hours of battery life, rather than 10.

MIIX 300. The tablet runs Windows 8.1 on an Intel Atom processor and has up to 64GB of storage.

It has a microSD card reader, Wi-Fi and Bluetooth connectivity and two cameras of unspecified resolution. Lenovo also said the ideapad MIIX 300 has a “long battery life” although, once again, no figures were attached to the claim.

As it’s a Windows tablet, Lenovo has also thrown in a one year subscription to Microsoft Office, which isn’t too shabby for a tablet that starts at US$149 before tax.

The MIIX 300 will be available from July.

The report showed workers being forced under duress to sign agreements to work over 12-hour shifts. This breaks Apple’s policy requiring a working week to be a maximum of 60 hours.

It also showed many workers falling asleep on assembly lines or during their break due to fatigue from working up to 16-hour shifts.

Apple is reported to make a profit of US$248 on every iPhone sold, while Pegatron spends US$5 to produce each device.

Bill Gates has been declared the richest man in the world for the 16th time by Forbes magazine’s annual ranking of global billionaires.

Mr Gates has now been top of the list for 16 of the last 21 years, Forbes added.

There is also a new record of 46 billionaires under under the age of 40.

Mark Zuckerberg moves up five places in the rankings to number 16, with a net worth of $33.4bn. This is the first time he has been included in the list of the world’s 20 richest people.

The youngest billionaire in the world is 24 year-old Evan Spiegel, the co-founder of messaging app Snapchat, with a fortune of $1.5bn. 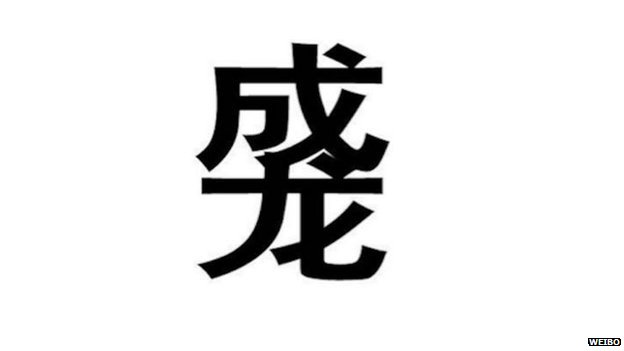 A new word is taking the internet by storm in China – but no one knows quite what it means.

The character “duang” is so new that it does not even exist in the Chinese dictionary. But it has already spread like wildfire online in China, appearing more than 8 million times on China’s micro-blogging site Weibo,

But what does it mean?

“Everyone’s duang-ing and I still don’t know what it means! Looks like it’s back to school for me,” said Weibo user Weileiweito.

Another user asked: “Have you duang-ed today? My mind is full of duang duang duang.”

“To duang or not to duang, that is the question,” wrote user BaiKut automan.

The word appears to have many different meanings, and there’s no perfect translation, but you could use it as an adjective to give emphasis to the word that follows it. A kitten might be “duang cute”, for example. Or you might be “very duang confused”

“Duang” seems to be an example of onomatopoeia, a word that phonetically imitates a sound. It all seems to have started with Hong Kong action star Jackie Chan, who in 2004 was featured in a shampoo commercial where he said famously defended his sleek, black hair using the rhythmical-sounding “duang”. The word resurfaced again recently after Chan posted it on his Weibo page. Thousands of users then began to flood Chan’s Weibo page with comments, coining the word in reference to his infamous shampoo appearance.

It says 1.1 billion teenagers and young adults are at risk of permanently damaging their hearing by listening to “too much, too loudly”.

It said audio players, concerts and bars were posing a “serious threat”.

WHO figures show 43 million people aged 12-35 have hearing loss and the prevalence is increasing.

The invitation to the March 9 event simply said “Spring Forward”, referring to the fact that clocks will spring forward one hour in the United States the day before for daylight saving time.

Apple said the event would take place in San Francisco at 10am local time, (6am AEDT, March 10).

The company has said that its smartwatch wearable devices, unveiled last year to much fanfare, were on track to begin shipping in April.

It will mark Apple’s first new product type since the iPad in 2010.

Apple has previously indicated that the entry price would be $US349 in the United States, and that two different sizes would be available in three collections, including the “Apple Watch Edition,” featuring 18-carat gold cases in yellow or rose, sapphire crystal and finely crafted bands and closures.

Play’s 3rd Birthday Offer: Get 3 months of APC for just $3

To celebrate Google Play’s 3rd Birthday, a new promotion is giving digital magazine subscribers three months of APC for $1 a month. The promotion runs from March 2nd through to the 16th, and lasts for the first three months of the subscription, after which it’ll be renewed at the regular price of AU$6.49 per issue from the fourth month onwards.

There will be more promotional activity around Play’s 3rd Birthday, so make sure you stay tuned to the Google Play store.

**Use chrome free money to grab some issues

Tech trends I’m not sure about

Get your SMART car now http://www.news.com.au/finance/business/smart-car-brand-axed-in-australia-due-to-slow-sales/story-fnkgdhrc-1227249971610