This new worm can kill your Apple MacBook

Security researchers have created a worm specifically for OS X, and it has the potential to infect every Apple computer. Dubbed Thunderstrike 2 by its creators

the worm exploits a vulnerability in OS X, and can even affect machines not connected to the internet. Once installed, Thunderstrike 2 is virtually undetectable and there’s no easy way to remove it.

The security researchers are expected to unveil their method of hacking this Thursday, at a Black Hat conference in Las Vegas

its life on infected Thunderbolt peripherals. After being connected to an Apple machine, Thunderstrike 2 uses a vulnerability to write itself into the computer’s firmware. At this point, the worm exists “below” the area used by traditional worms, as it’s embedded into a computer’s BIOS rather than its operating system.

the worm is able to copy itself to any other peripherals used by an infected machine, so it can easily be transmitted to other computers.

Thunderstrike 2 can usually write itself into a computer’s BIOS immediately, but in several instances it must wait until the machine is restarted.

The makers of the worm believe it opens up an entirely method of hacking, and one that manufacturers and consumers still aren’t prepared for. For example, hackers could distribute infected devices using eBay stores, and quickly gain access to thousands of Macs.

According to a blog post by one of the researchers, the issue was partially fixed by an Apple patch last month. However, OS X is still vulnerable to the hack, and Apple is working with the researchers to fix the issue. 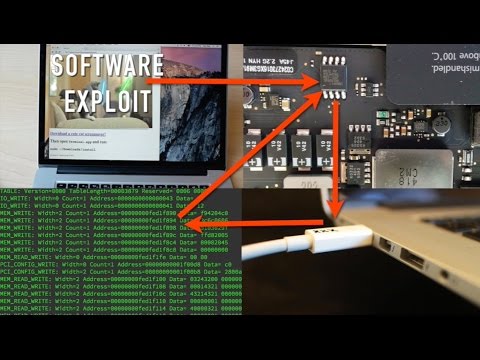 New Windows 10 scam will encrypt your files for ransom

Cisco security researchers are warning users against opening email attachments purporting to be from the software giant. The “ransomware” malware, which encrypts files until a ransom is paid, is being sent as part of an email spam campaign.

The emails claims its attachment includes an installer that allows users to get the new operating system sooner.

“The fact that users have to virtually wait in line to receive this update, makes them even more likely to fall victim to this campaign,” said Biasini.

Once a user downloads and opens the attached executable file, the malware payload opens, encrypting data on the affected computer, and locking the owner out. 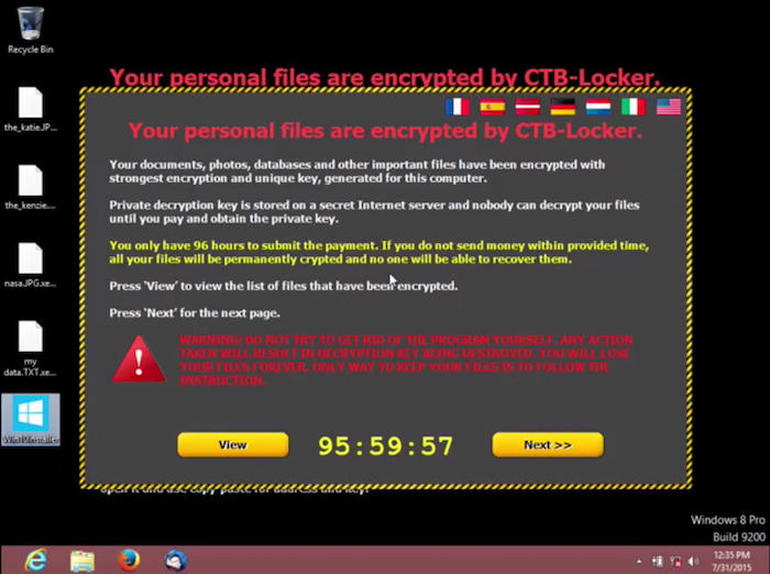 The 8.1-inch device is pitched as taking “ruggedness to the next level” and can used in potentially explosive environments filled with flammable gas or dust. It complies with Europe’s ATEX Zone 2 and 22 rules for devices used in explosive atmospheres

Getac and others use the term “explosion proof”, the intention is to prevent the device causing explosions.

Getac is marketing the tablet, which starts at $3,570, for the petrochemical and pharmaceutical industries, oil and gas pipeline inspections and maintenance operations.

The Getac T800-Ex is also waterproof, dustproof and impact proof, with MIL-STD-810G and IP65 certifications.

Options include 1D/2D barcode readers and a backup battery module which can extend the total battery hour life to a claimed 16 hours. 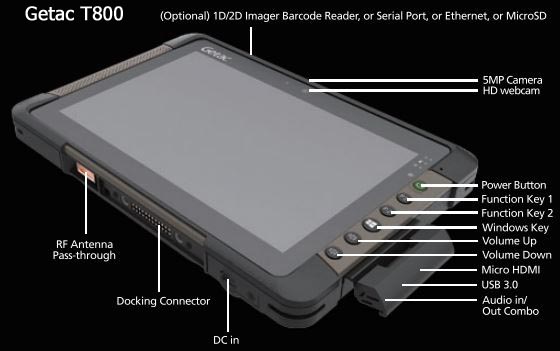 Along with its delivery partners, NBN is embarking on the “significant recruitment and training drive” to speed up the progress of connecting eight million homes to the broadband network within the next five years

NBN will look to hire an additional 1,300 workers in NSW and the ACT, some 850 more in Queensland, 800 in Victoria, 850 in Western Australia, 400 combined across South Australia and the Northern Territory and 200 in Tasmania. 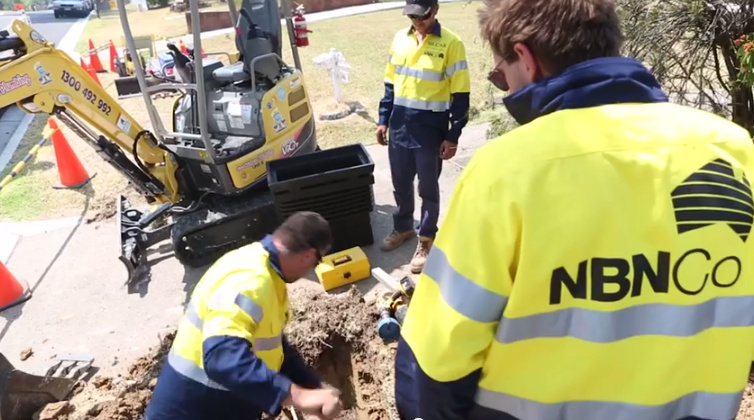 Mr Meredith told the BBC that he fired three shots at the drone before it crashed in the woods behind his house.

On Sunday, Mr Meredith’s daughters came in from the back garden to tell their father that they had spotted a drone flying overhead.

Mr Meredith explained that the drone was hovering above his neighbourhood. When it moved over his property, he shot it down.

Three shots from his Benelli short-barrel shotgun took the craft out of the sky.

“I went to my safe, retrieved my shotgun, went back out,” he said. “I felt that I was well within my rights as an American citizen to defend my property.”

He explained that he was concerned that the drone was invading his privacy and that of his daughters and that it was not the first time a drone had been sighted in the area.

Four men, including the owner of the downed drone, later confronted Mr Meredith outside his house.

“They were pretty upset, there were some words exchanged and they started towards me,” he said.

At that point, Mr Meredith explained that he felt he had the right to defend himself and made the men aware that he was armed.

“My gun was holstered on my belt and never came out, I never brandished the gun, never pulled it out or waved it around, anything like that,” he said.

Police in Hillview arrested Mr Meredith and charged him with offences relating to the discharge of a firearm.

IBM today announced the launch of a new service that will allow large companies to easily incorporate Mac computers into their preexisting corporate infrastructure. The service, being deployed by IBM’s MobileFirst Managed Mobility Services unit, will be aimed at companies around the world and not just based in the United States.

Thanks to the MobileFirst partnership with Applethat has brought about multiplewaves of enterprise-focused apps as the company has increased its own usage of Macs, IBM saw an opportunity to commercialize its expertise in “enterprise deployment” of Macs in the workplace.

“Ease of adoption and use are at the foundation of every Apple product, and as these devices are used more in the workplace, people expect the same experience they enjoy with Apple technology in their personal lives,” said Richard Patterson, general manager, Infrastructure Services, IBM Global Technology Services. “IBM’s new enterprise services ensure a great user experience for clients using Macs, providing world-class support from installation through the life of the product.”

The company promises that the new MobileFirst service will be completely headache-free for clients, with the Macs delivered directly to customers and ready to go out of the box with easy network access setup screens and security measures. It will also support the personal Macs of employees if they bring their own devices to work. The source of the quick-and-painless software setup is a partnership with JAMF Software and its Casper Suite, the “leading solution” for the quick deployment and setup of enterprise computers.

Today’s news comes after an internal video of IBM chief information officer Jeff Smith that leaked late last week, in which Smith told employees that the company could end up purchasing 150,000-200,000 Macs annually, significantly more than the original estimate of 50,000 Macs deployed through the end of the year announced in internal memo earlier in the year. IBM has told Apple it expects the initiative could eventually see 50-75 percent of IBM employees switching over to Mac from the company-standard Lenovo computers used at IBM.

Shortly after leasing a 300,000 square foot campus in North San Jose, Apple has expanded on its real estate holdings in the area, buying a 43-acre development site at 2347 North First Street for more than $138 million.

According to the Silicon Valley Business Journal, the site, which consists of undeveloped land, is approved for up to 2.8 million square feet of office space, much like Apple’s Campus 2 location in Cupertino. Apple has not submitted building plans for the site, and it is unclear what the company plans to do with the land. 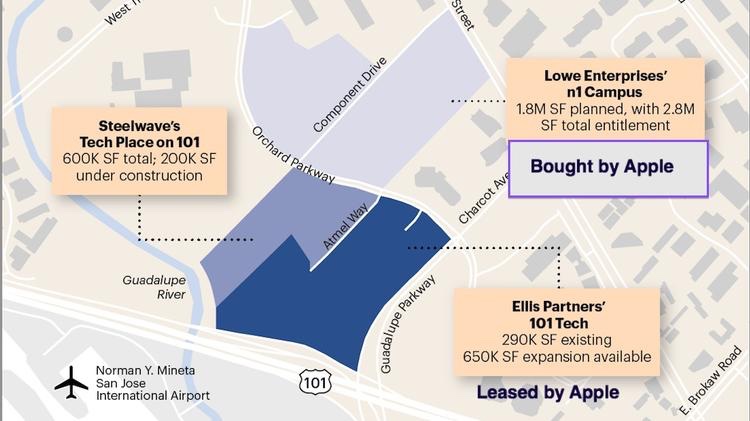 Apple is expanding rapidly in the Bay Area. In addition to the second Cupertino campus and the 300,000 square feet of space leased in San Jose in July, the company made itsfirst real estate lease in San Francisco last week, signing a deal for 76,000 square feet of office space.

Along with office space, Apple is also said to be seeking additional space for both industrial purposes and research and development, possibly for undisclosed projects like its Apple Car.

What’s interesting in the latest transaction is that Apple opted to buy, not lease. It’s possible Apple wants more control over whatever it does there, and simply felt more comfortable owning the land. In addition to office space, Apple has been in the market for broad swaths of heavy R&D and industrial space, industry observers tell me. The latter could be read as a tantalizing sign of Apple’s interest in manufacturing, though such a possibility is for now market speculation.

The land that Apple purchased in North San Jose is located approximately 12 miles from its 1 Infinite Loop campus in Cupertino and is across the freeway from the Mineta San Jose International Airport. North First Street is already home to other major companies like Cisco and Samsung.

Update August 4, 5:57 AM: Apple has given a statement to Silicon Valley Business Journal regarding its general plans for the site.

“As we continue to grow, we’re planning to build R&D facilities and some additional office space in San Jose,” spokeswoman Rachel Wolf said in an emailed statement. “The property isn’t far from the future home of our new campus and we’re looking forward to expanding our presence in the Bay Area.”

Apple Said to Consider Becoming a Mobile Carrier by Leasing Network Capacity in U.S. and Europe

Apple is currently in early talks to launch its own mobile virtual network operator (MVNO) in both the United States and Europe, according to information gathered by Business Insider. A few sources close to Apple suggest that the company is testing the service right now in the United States, with early negotiations beginning in Europe to bring the MVNO service overseas.

If completed, Apple would essentially become its own network carrier, freeing the company and iPhone users from any particular current carrier like T-Mobile or AT&T, and allow users to pay for the usual data, calls, and text services directly from Apple. The MVNO would allow Apple to lease space from network carriers already in the business of providing data to customers, with the Apple SIM card — already included in the cellular versions of the iPad Air 2 and iPad Mini 3 — picking up and switching between carriers on the fly for the best service possible. 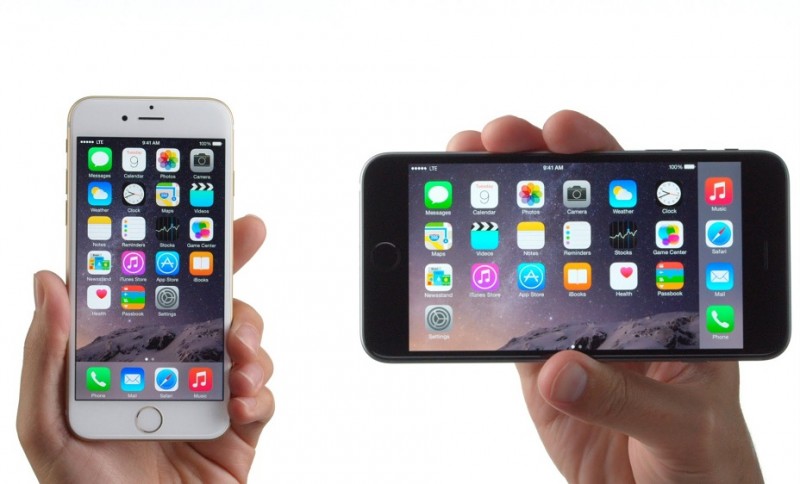 As Business Insider points out, the testing of the MVNO service doesn’t guarantee its eventual arrival for customers using an iPhone in the United States and Europe. But, if the company does intend to eventually become a carrier itself, it would be a fairly long-term goal of five years or more to be fully implemented.

If Apple is testing the service then there’s no guarantee that it will launch, and if it does, it’s not going to roll out anytime soon. Telecoms sources say that Apple is looking long-term with its MVNO, and could take at least five years to fully launch the service. Apple has been in talks with telecoms companies for years over its MVNO plans, and it’s an “open secret” amongst carriers that a virtual Apple network is on the way.

Speculation surrounding Apple becoming its own wireless provider has been swirling for a decade now, resurging in various rumor and patent stories every now and again over the years. With Apple rumored to be in “advanced talks” with mobile standards organization GSMA in the production of a standardized mobile electronic SIM card — which would allow customers to avoid being locked into a dedicated network carrier — the company appears to at least be positioning itself for the possibility of a future MVNO launch.