World Password Day is Thursday. Remember to change your shared passwords for video on demand sites

Thursday, May 5,  For the fourth year, you’ll surely see plenty of articles reminding you why you should change all of your passwords—a strong and unique password for every site where you login.

A 10-year-old Finnish boy was awarded US$10,000 (AU$13,340) by Facebook’s bug bounty program after discovering a vulnerability in the Instagram coding which allowed him to delete any message in the application.

“I would have been able to eliminate anyone, even Justin Bieber,” the recipient, identified as Jani, told the Finnish publication Iltalehti in his native tongue, according to a Forbes report.

Jani verified his claim by deleting a comment Facebook posted to a test account and the vulnerability was patched in late February 2016, the social media company told Forbes.

Jani is reportedly the youngest recipient of the company’s bug bounty award.

Jani told Iltalehti that he learned his hacking skills by watching YouTube videos and said he has dreams of joining the security industry as a white hat hacker. 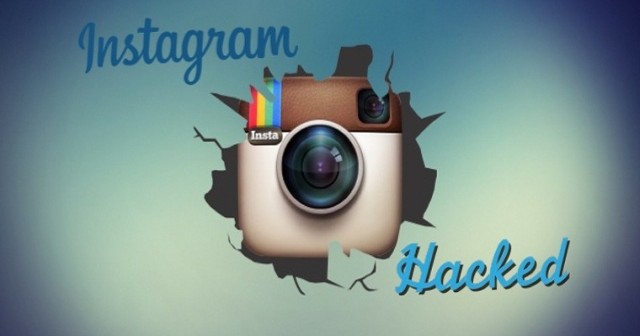 a month ahead of schedule.

The website was originally slated to go live in June, but was built in just under two months using the existing platform and logistics infrastructure of Kogan’s online store.

The new Dick Smith store is already stocked with over 5,500 products from the likes of Samsung, Apple and Microsoft. The site will also start selling Kogan’s own-branded products and home appliances 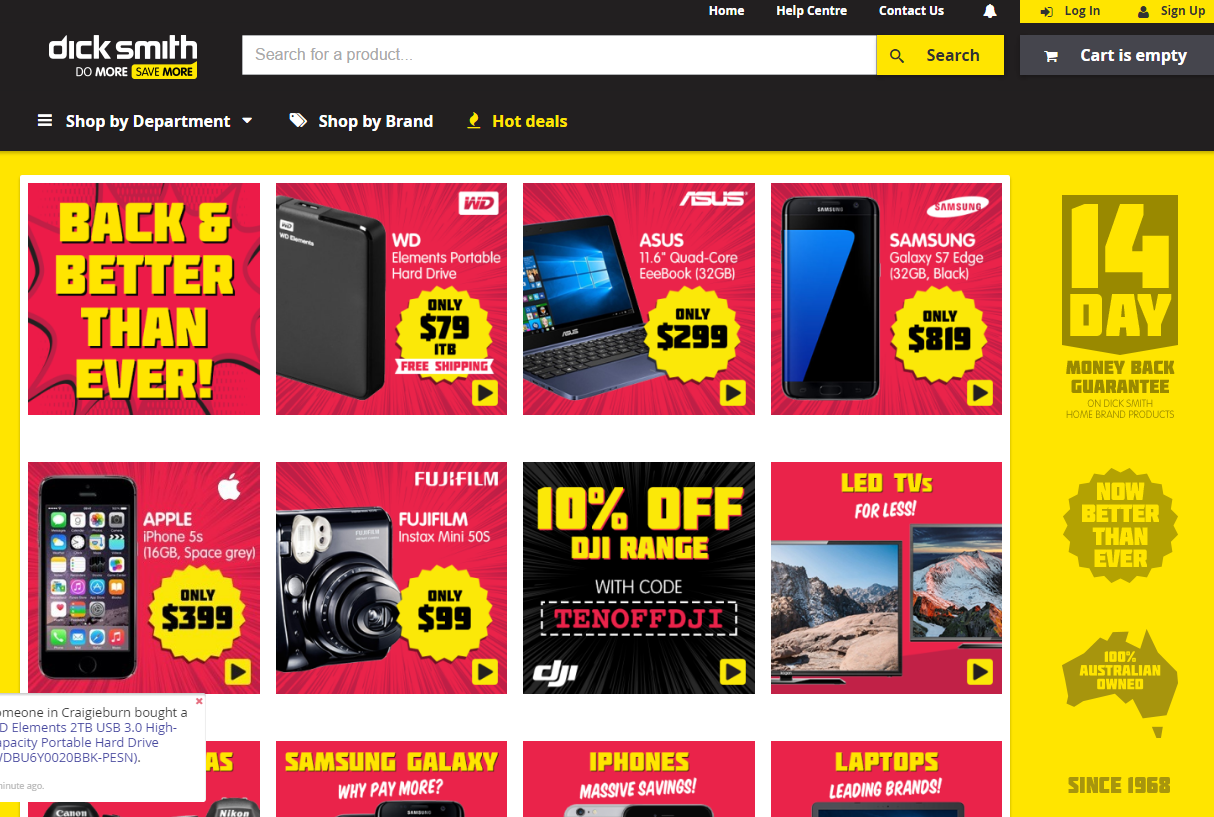 The $20,000 accelerated depreciation intiative for small businesses, which debuted in last year’s budget, has had its life extended to June 2017.

There were also a number of other announcements affecting businesses, including:

Businesses can be reimburses up to 50 percent of promotional expenses above $5000 provided the total expenses are at least $15,000 if  businesses are looking to productise and export their intellectual property to the global market.

Budget papers also revealed that the national broadband network will run out of public funding by the end of the 2016-17 financial year.

The government will fork out its last payment of $8.8 billion of a $29.5 billion funding cap for the NBN before the end of next year. That leaves an extra $16.5 billion and $26.5 billion that needs to be covered by the private sector to finish the NBN rollout. 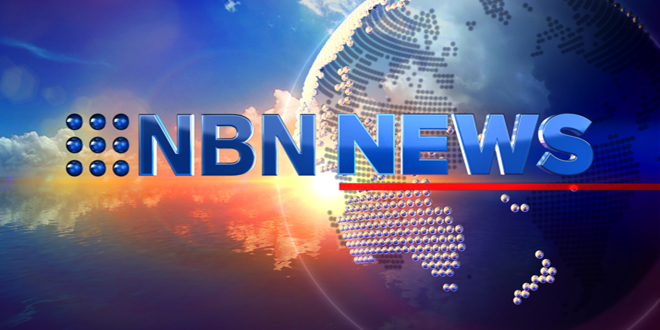 Judge forces woman to give fingerprint to unlock iPhone

The agency recently pushed for a 29-year-old Los Angeles woman to provide her fingerprint to open her phone after she was sentenced in an identity theft case.

Paytsar Bkhchadzhyan had already been sentenced in an identity theft case and whisked away to lock up, when the FBI sought a warrant in another California court for Bkhchadzhyan’s fingerprint to open the phone – an agent took her print later that same day.

The order sparked a debate as to whether the order was in violation of the Fifth Amendment.

The Fifth Amendment (Amendment V) to the United States Constitution is part of the Bill of Rights and protects a person against being compelled to be a witness against himself in a criminal case. “Pleading the Fifth” is a colloquial term for invoking the privilege that allows a witness to decline to answer questions where the answers might incriminate him or her, and generally without having to suffer a penalty for asserting the privilege. 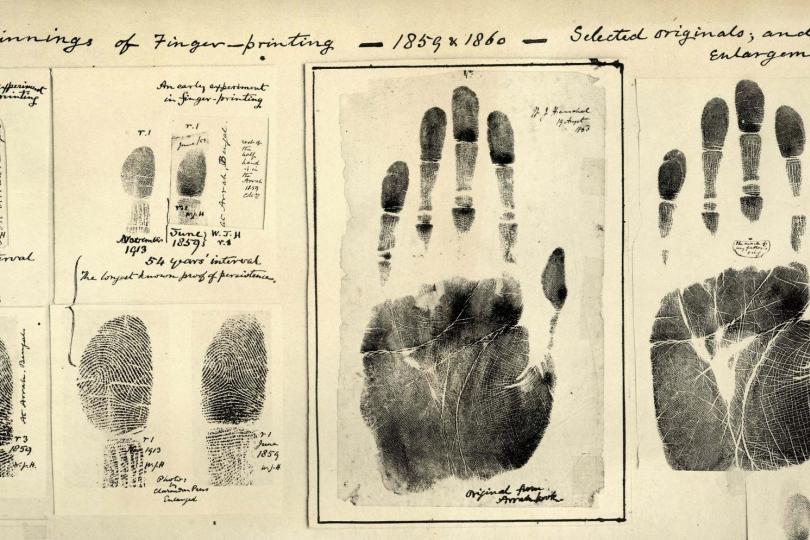 Aldi Mobile has launched 4G services to customers for the first time at no additional cost.

Customers can purchase individual mobile packs that come with calls, text and data either in Aldi’s grocery stores or online via the Aldi Mobile app.

Customers can also buy data-only plans that start at $15 for 1.5GB and a pay-as-you-go call and text plan for 12 cents per minute that’s valid for 365 days.

However, peak download speeds for Telstra 4G MVNO customers will be capped at 100 Mbps, and 4G voice (VoLTE) services will not be part of the offering.

Telstra is currently rolling out the LTE category 16 standard and is planning to boost peak speeds on its 4GX network to 1Gbps in the Melbourne, Sydney and Brisbane CBDs later this year. 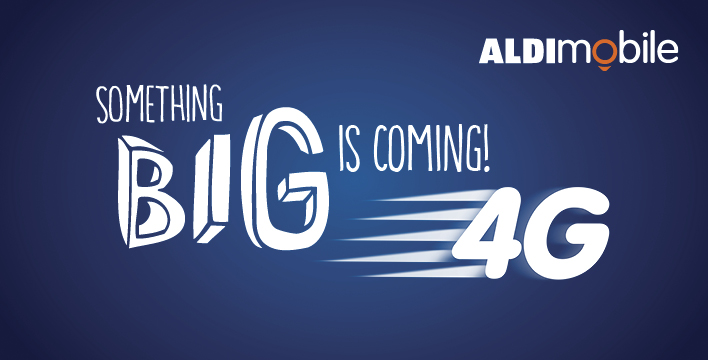 sent customers an email notification warning that “The attackers accessed your email address. Contact names and phone numbers, which are made publicly available on the site if provided, were also accessed”.

Users’ account passwords are not in danger, the company asserted.

The breach comes just one month after malvertising hit the popular classfied site. 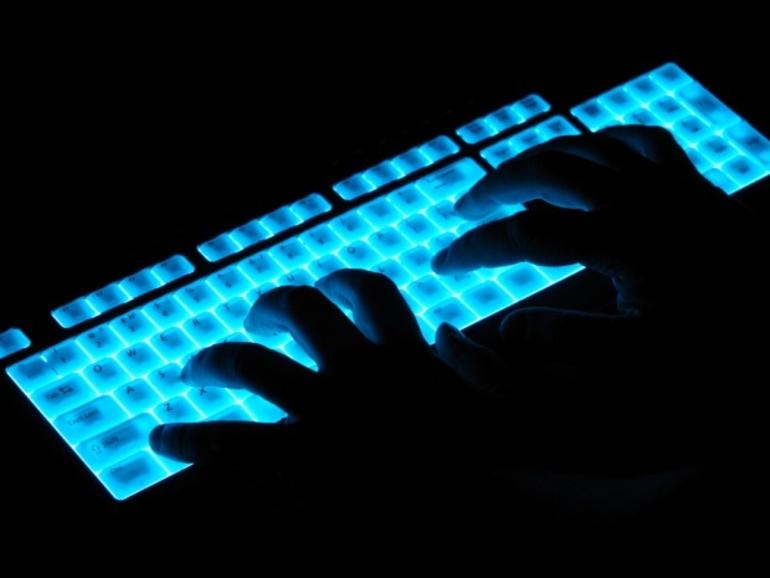 Google given access to London patient records for research

Under the data-sharing agreement, Google’s artificial intelligence division DeepMind will have access to all of the data of patients from the Royal Free, Barnet and Chase Farm hospitals in London going back over the past five years and continuing until 2017.

It plans to use the data to develop an app known as Streams that will alert doctors when someone is at risk of developing acute kidney injury (AKI).

The data remains encrypted, meaning that Google employees should not be able to identify anyone, according to the Royal Free Trust.

Google says it will use the data to develop an early warning system for patients at risk of developing acute kidney injuries.

Apple has lost a trademark fight in China, meaning a firm which sells handbags and other leather goods can continue to use the name “IPHONE”.

Xintong Tiandi trademarked “IPHONE” for leather products in China in 2010.

Apple filed a trademark bid for the name for electronic goods in 2002, but it was not approved until 2013.

“Apple is disappointed the Beijing Higher People’s Court chose to allow Xintong to use the iPhone mark for leather goods when we have prevailed in several other cases against Xintong,” said a spokesman for the firm.

“We intend to request a retrial with the Supreme People’s Court and will continue to vigorously protect our trademark rights.

“We work hard to make the best products in the world and want to ensure our customers’ experience is not compromised by companies who try to profit from using our brand.”

TheLegal Daily (in Chinese) is widely recognised as the official mouthpiece for the country’s Central Political and Legal Affairs Commission. Its report came out in late April but has only just been widely circulated. 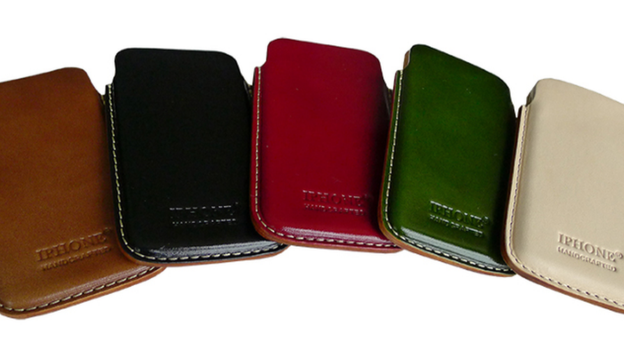 Internet-based subscription television plans are growing in popularity, and YouTube is the latest company rumored to be working on a standalone television service. According toBloomberg, YouTube is developing a paid subscription service called “Unplugged,” offering a bundle of channels for a set price.

YouTube has already built the infrastructure necessary for the service and is prioritizing its development for a 2017 debut. YouTube has been in talks with major media companies like NBCUniversal, Viacom, Fox, and CBS, but has not yet been able to secure rights for the service.

YouTube is said to be aiming to build a streaming service similar to the service Applehoped to offer before putting itsstreaming TV plans on hold. It would include a “skinny bundle” of channels from the four major U.S. networks along with a few popular cable channels priced at around $35 per month.

YouTube is also considering plans offering a collection of less-watched television channels or smaller groups of channels built around different themes, such as comedy or lifestyle.

YouTube would charge one subscription for the main bundle, and extra, smaller monthly fees for these theme-based groups, one of the people said.

Using this approach, YouTube could show it is capable of bringing new viewers to many of these second-tier channels, a major concern for large media companies that depend on TV for most of their profits.

If YouTube can make it work, media companies may be more open to including more-successful channels later, one of the people familiar said.

Along with YouTube, Hulu is also building its own competing streaming television service. News of Hulu’s plansurfaced earlier this week and wasconfirmed this morning by Hulu CEO Mike Hopkins.

Hulu’s subscription model will offer customers cable-style access to popular broadcast television networks and cable channels to complement its existing streaming service, plus it will include a cloud-based DVR feature. Hulu is also aiming to launch its live TV subscription plan in 2017 and is close to signing deals with partners like Disney and Fox. Pricing for the service has not yet been announced, but rumors suggest it will be available for around $40.

“This means our viewers will be able to enjoy live sports, news and events all in real-time without a traditional cable or satellite subscription,” said Hopkins. “We’re going to fuse the best of linear television and on-demand in a deeply personalized experience optimized for the contemporary, always-connected television fan.”

As network executives grow accustomed to establishing deals for streaming television services, Apple may be able to revisit its television plans. Apple has been working on some kind of subscription TV service for several years, but executives have not been able to establish deals with content owners. Apple’s latest streaming plansreportedly fell apart because media companies demanded more money than Apple wanted to charge for its TV service and were reluctant to unbundle channels.

No data, no problem: Use Google Maps offline 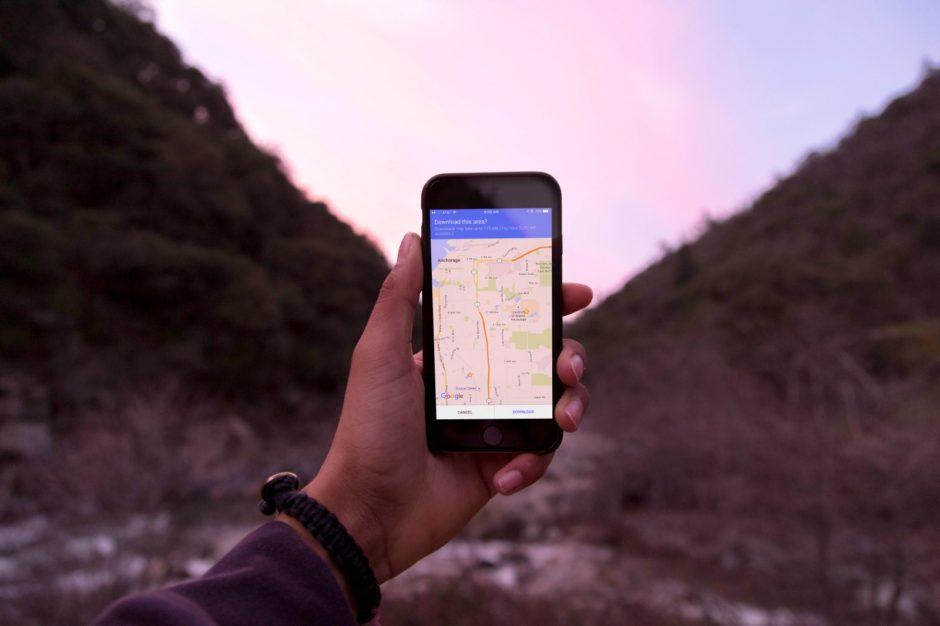 When you’re out in the sticks somewhere, you might get to a place where there’s no signal. How will you ever find your way home (or to the next party) without your trusty Google Maps app?

Well, with a little foresight, you can make sure Google Maps continues to be useful, even when you’re not in cellular data range.

Here’s how to use Google Maps offline to make sure you never get lost again when your smartphone goes offline.

Note: This tip will work with Android and iOS versions of Google Maps.

First up, you’ll want to open Google Maps when you have a good data connection or Wi-Fi, before you head off into the boonies.

In the search field, where you usually dictate or type in your destination address, simply type “ok Maps” to start the process. 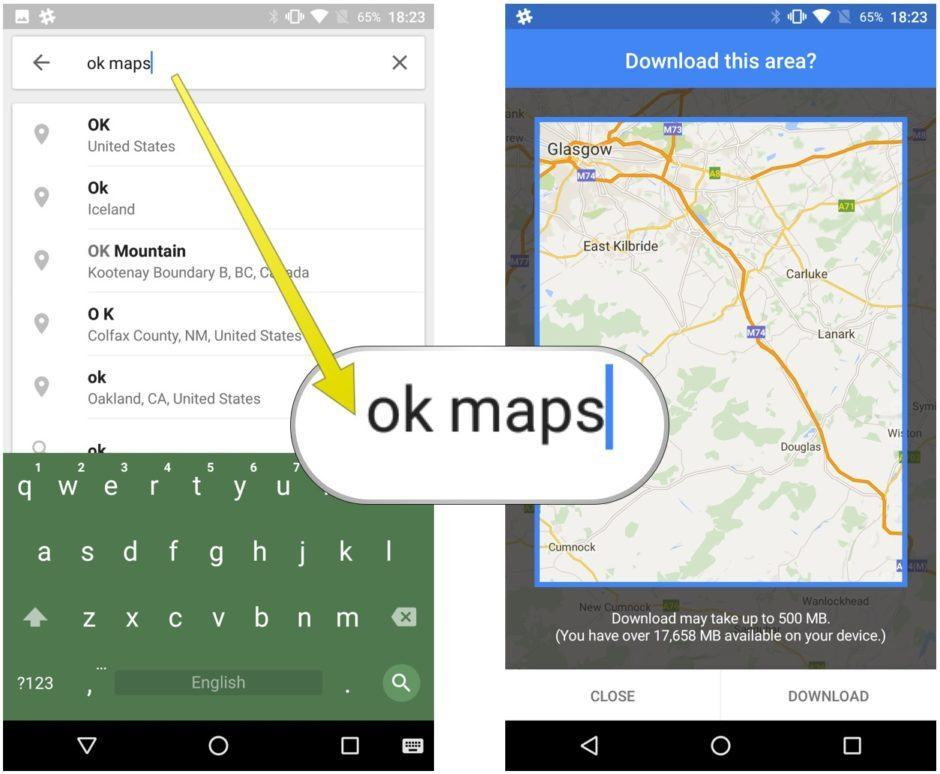 You’ll get a screen that asks if you want to download the area. Tap on the Download button, then give your area a name. Google Maps will give you a helpful hint if you don’t know what to name it. 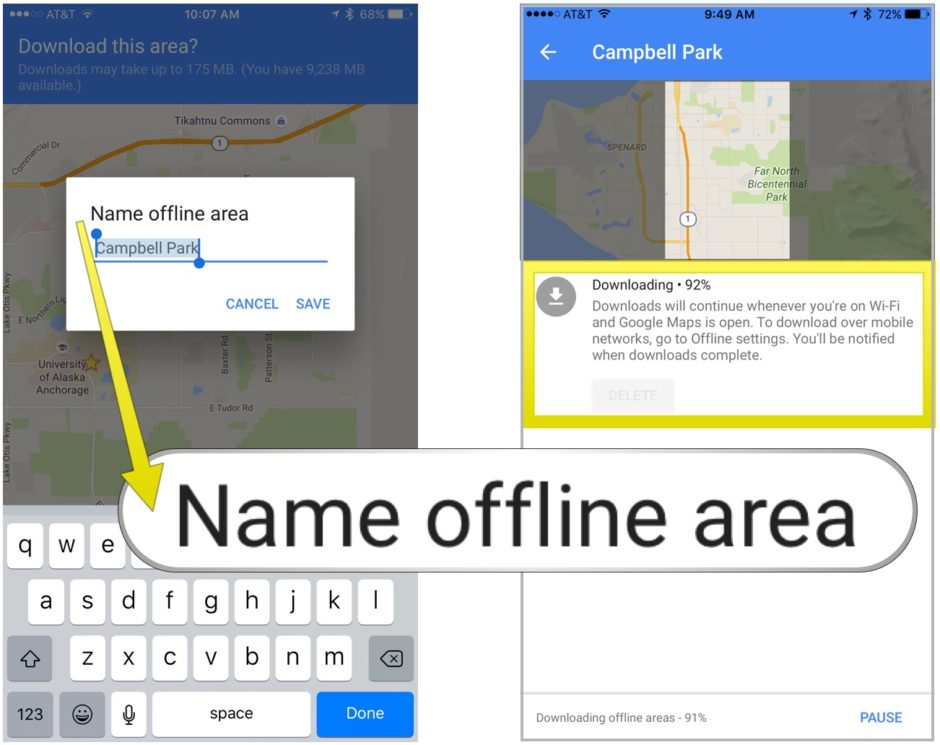 Name the offline area and watch it download. Photo: Rob LeFebvre/Cult of Mac

Once you hit OK to confirm the name, your iPhone or Android phone will download the area you’ve named. Google Maps will show the download progress with a percentage. Once it’s done, you’re good to go; head off into the wilderness with your saved digital map. You can zoom in and out, ask for directions, and anything else you’d do with the online version of Google Maps.

Now you’ve got a way to make sure you’re always able to get to where you want to go with Google Maps, even if you end up somewhere far away without any data service.