To stop smartphone addicts being killed, the Australian government is trialling traffic lights on the road – and it’s going to cost $250,000 to do it.

The lights will be installed in five as yet unannounced locations in Sydney and the trial will last for six months.

In 2015, 61 pedestrians were killed in New South Wales, and that’s over 40 percent more than the year before

can get an idea from a similar trial conducted on the other side of the world; in Augsburg, Germany. The project there began this April, and uses a strip of lights embedded into the pavement to stop smartphone users wondering onto train tracks.

**leads to complacency for when confronted with a footpath without lights 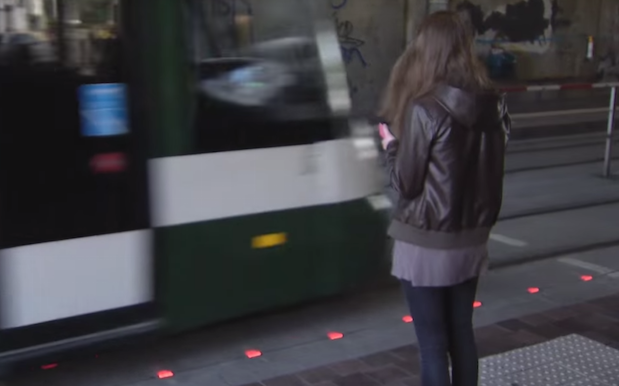 Samsung is working on a foldable smartphone

Samsung is working on a foldable smartphone. However, rather than using a clamshell design like the Motorola Razr, Samsung’s new design looks like a normal smartphone that can be folded when not in use. It works by using Samsung’s flexible OLED screens, and according to Patently Mobile, the new technology has improved in leaps and bounds over the last year.

When folded in half, the patent shows a port connector which would presumably be used for charging

Along with the phone, the patent also shows what looks like a charging cradle, though it only appears to work when the phone is folded in half. 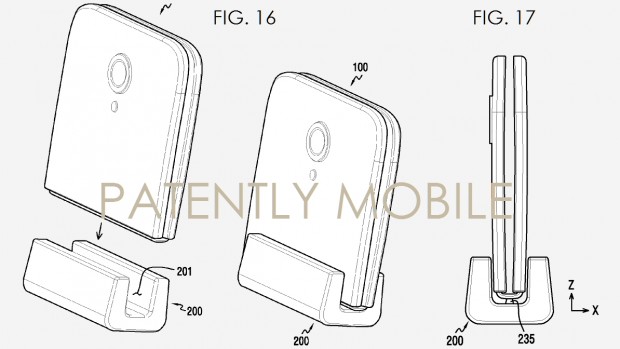 Kogan is set for an initial public offering to list on the Australian Securities Exchange this month.

It is understood that Kogan will seek $50 million through the IPO, and is expected to have a market capitalisation of $170 million after listing.

The company was founded in 2006 by Ruslan Kogan and turned over $200 million in sales in the 2015 financial year.

Brick-and-mortar retail rival The Good Guys also announced plans to launch an IPO this month despite a potential acquisition by JB Hi-Fi. The Good Guys said it would still consider any other proposed acquisitions that emerged. 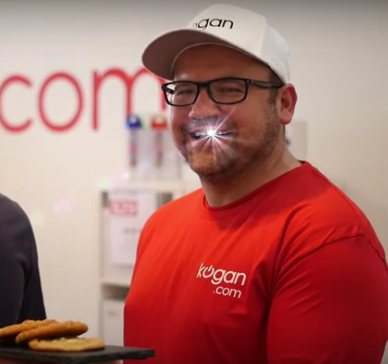 Apple has released a new version of iOS 9.3.2 specifically for its 9.7in iPad Pro tablet after the original update bricked the devices. 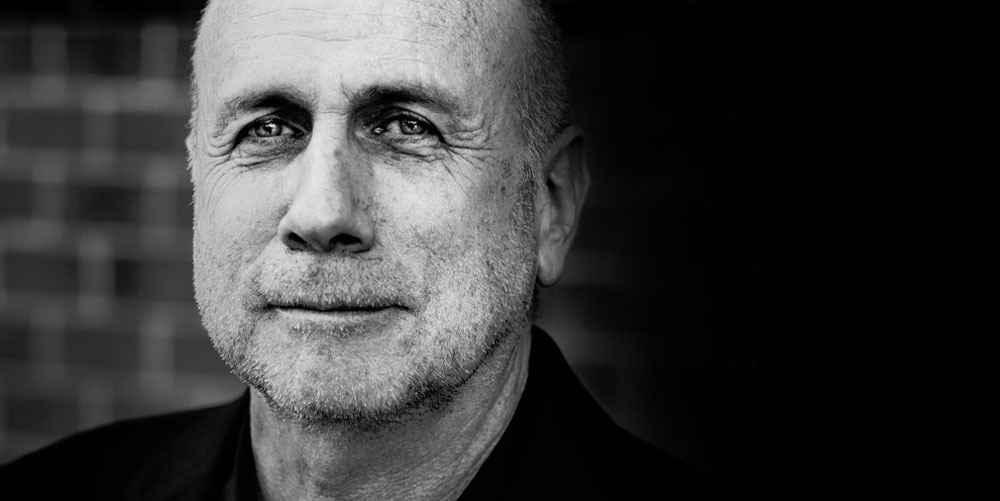 Ken Segall, the former Apple ad consultant who coined the iMac name, wrote the copy for the famous ‘Think different’ campaign and authored the book Insanely Simple, says that Apple is beginning to lose touch with its heritage of simplicity. He gave his assessment of Apple’s ‘state of simplicity’ in a piece for the Guardian.

Though Apple’s customers remain fiercely loyal, the natives are getting restless. A growing number of people are sensing that Tim Cook’s Apple isn’t as simple as Steve’s Apple. They see complexity in expanding product lines, confusing product names, and the products themselves.

He points out that Tim Cook may be a very different person to Steve Jobs, but was hand-picked by Steve to take on the job and is fully aware of his own strengths and weaknesses. Segall also looks at both sides of the product line-up debate.

One could easily argue that a watch is a fashion product, so the decision here makes sense. And there is ample precedent for Apple expanding existing product lines. The original iPod, for example, successfully grew into a family of products.

Markets mature. A bigger audience has more diverse needs. If Apple were to ignore those needs, they would only force customers to go elsewhere. (As they did for several years by not making a big-screen iPhone.)

So, yes, Apple’s product lines have become more complicated. But really, are they that complicated? The company’s entire selection of products can easily fit on an average-size table.

He is, though, critical of iPhone naming, stating that S models in particular– something started by Steve – make major tech enhancements seem smaller than they are. He says that where marketing campaigns originally involved just a few people, it’s now become as bureaucratic as in any other large company.

Apple is building a large in-house marketing group. Teams compete to produce new campaigns. More people are involved. In short, Apple is now managing its marketing more like a big company and less like a startup […] It’s hard to ignore the fact that Apple is struggling to present a simple image to its customers.

Segall has never been afraid to voice his opinions on Apple, whether those views are critical or supportive. In this case, they are a mixture of the two. He concludes the piece by saying that despite what he perceives as its flaws, Apple is still doing a better job at keeping the experience simple than any other tech company.

Back in April, I gave my own views on how I would simplify Apple’s Mac line-up for both MacBooks and desktops. Chance also looked at where an iPhone 7 Pro might fit into the iPhone line-up.

Apple is expected to wrap up construction on its second campus at the end of 2016, so there are six months of work to go. As the deadline approaches, work is continuing on, as seen in a new campus construction update shared by drone pilot Duncan Sinfield.

Over the course of the last month, Apple has continued adding more massive curved glass windows to the main ring-shaped building. Because the windows are so large, it’s taking Apple several months to get them all in place. Additional window shades and solar panels are also going up, and it looks like it’ll be a few months more before work on the main building wraps up.

Both the auditorium and the two massive parking garages are nearing completion, and solar panel installation is largely finished on the roof of the parking structures. The fitness center is still being worked on, and the Tantau research buildings are looking more polished.

Parking tunnels also look to be nearly done, and the two major dirt piles on site, which will be used for landscaping, are currently untouched.

Drone pilot Matthew Roberts has also shared a June campus update video, offering a closer look at the progress made on the roof of the main ring-shaped building and a wider view of the parking structures and auditorium. There’s also a close look at some new buildings being constructed on Tantau Avenue, which will be used for research and development purposes.

Last month, Apple began taking down the green privacy fence surrounding the entire campus, replacing it with a shorter chain-link fence. The gates are often left open as well, allowing passersby to get a close-up look at the campus and the ongoing construction.

Apple plans to complete work on Apple Campus 2 at the end of 2016, with employees set to start occupying the facility at the beginning of 2017. 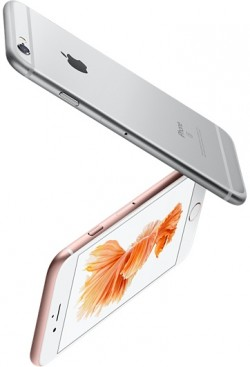 Following a recent report claiming the iPhone 7 will ship with at least 32GB base storage, with Apple dropping the infamous 16GB model, research firm TrendForce adds that the mid-tier 64GB storage option may be replaced with 128GB alongside a new 256GB version at the high end of the lineup.

Apple is likely to make changes to the storage options for iPhone 7. The 64GB version, which has been the most popular option in previous generations, may be discontinued and replaced by the 128GB version, though this decision has yet to be finalized. On the other hand, Apple is certain to raise the maximum storage option to 256GB so that iPhone 7 will have the highest NAND Flash density of the entire series.

The new storage options would henceforth be 32GB, 128GB, and 256GB, although the report does not make it entirely clear if the 256GB version will be exclusive to the 5.5-inch iPhone 7 Plus or also available for the 4.7-inch model. The current storage options for both the iPhone 6sand iPhone 6s Plus include 16GB, 64GB, and 128GB.

Earlier this year, Chinese website MyDrivers said the iPhone 7 Plus may exclusively feature 256GB storage and a 12.7 percent larger 3,100 mAh battery. In terms of credibility, the website did accurately report on the iPhone SE‘s 1,624 mAh battery and 2GB of RAM before Apple launched the 4-inch smartphone.

The remainder of the report corroborates other well-known rumors, including a dual-lens camera and 3GB of LPDDR4 RAM being exclusive to the 5.5-inch model. The 4.7-inch model is expected to retain a single-lens camera and 2GB of RAM. No major display upgrades are expected until Apple switches to OLED in 2017.

Recent rumors suggest the iPhone 7 and iPhone 7 Plus will share a design similar to the iPhone 6s series, sans a 3.5mm headphone jack, with more significant changes coming to the 2017 iPhone. This year’s new features could include a faster A10 chip, waterproofing,repositioned antenna bands, faster LTE and Wi-Fi chips, and more.

Update: TrendForce has clarified for MacRumors that the 256 GB high-end capacity is only confirmed for the iPhone 7 Plus model. The storage capacity for the smaller iPhone 7 is yet to be determined.