Pokemon GO is the first Pokemon game sanctioned by Nintendo for iOS and Android devices. The augmented reality game was first released in Australia and New Zealand on July 4th and users in other regions quickly clamored for versions for their devices. It was released on July 6th in the US, but the rest of the world will remain tempted to find a copy outside legitimate channels 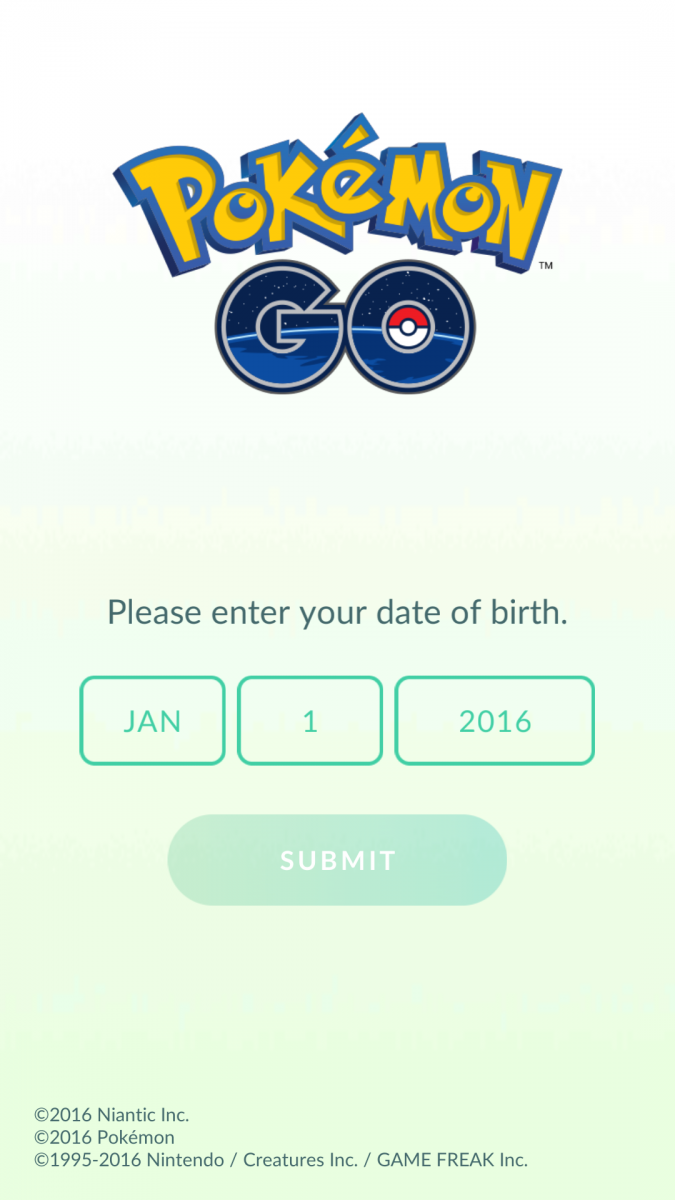 secured creditors, National Australia Bank and HSBC, would only receive a partial return on their approximately $140 million balance

unsecured creditors seeing a return, who are owed the remainder of the more than $400 million debt that Dick Smith accrued

Employee entitlements are prioritised above any secured creditors, and staff will be paid the $2.1 million they are owed in full by the end of the calendar year.

****Are there noi director guarantees? No recourse at all ? Is this only for public companies ? 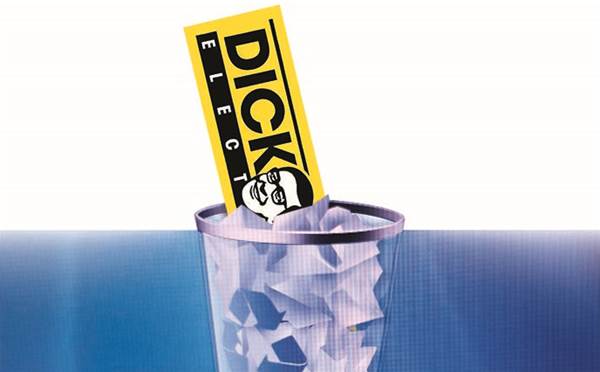 Netflix has announced that Optus was the fastest major Australian internet service provider in June, according to its speed index rating.

In Australia, Optus registered 3.41 Mbps in fibre, cable and DSL. In second place was TPG with fibre and DSL registering 3.19 Mbps. iiNet, Exetel and Dodo-Primus followed in third, fourth and fifth places respectively.

Telstra was last in the list of six providers. Its fibre, cable and DSL services registered 2.48 Mbps speed during prime time, according to Netflix.

Choice, labelled Telstra pricing as the ‘Telstra Tax’ – for not providing the extra quality paid for by its customers. Telstra refuted hose allegations, claiming it offers extras not included in the study.

Choice argued that the Telstra Tax was as high as 92 percent, comparing Telstra’s $115 a month ADSL2+ “Large Broadband” bundle – which comes with 1000GB data limit and costs $203 upfront – with the cheapest competitor TPG’s $59.99 Basic Bundle, which has no data limit and costs $99.95 upfront. 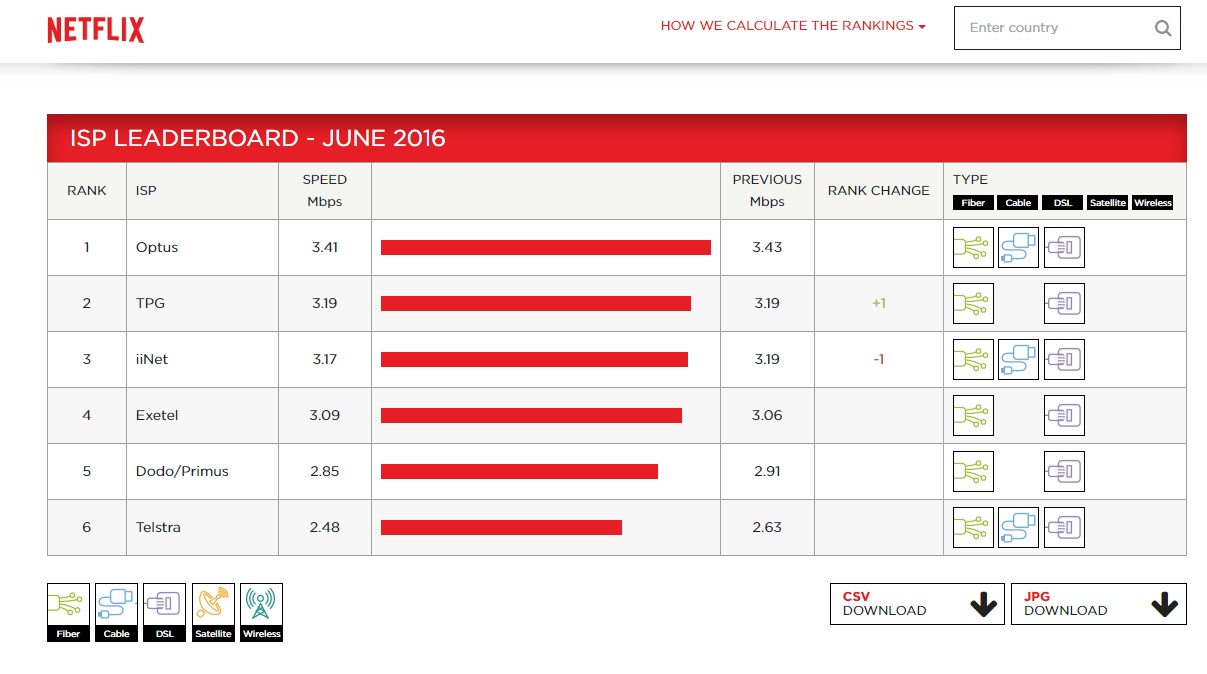 Check out the Apollo 11 source code

you’ll be pleased to know that the software has now been uploaded to Github in its entirety, thanks to NASA intern Chris Garry. It’s actually not the first time it has been put online, but Github’s millions of programmers is a far wider audience than the software has ever had before, and those poking through it have found some lovely Easter eggs that really put you back to the 1960s when the code was first being devised. 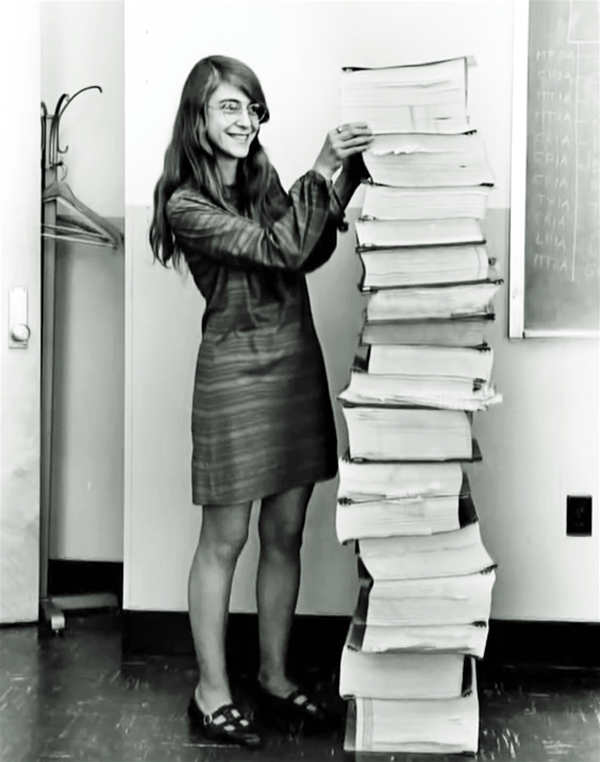 n email message purports detecting an illegal download by the user and directs them to a website where they can pay a penalty of a few hundred dollars to avoid legal action. In some instances, the message was forwarded by Cox Cable, supposedly issued by IP-Echelon, a firm that tracks unauthorised distribution.

The scheme has been spreading beyond the US, with ISPs in the UK and Australia being exploited as well to send out phony copyright infringement messages and settlement demands.

While Game of Thrones is most often used, the miscreants behind this campaign are also citing a number of other shows streaming on torrent sites. 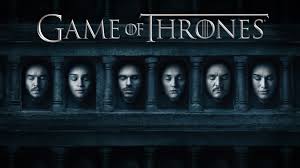 The device is a white-labelled Wanhao Duplicator I3 V2.1 – the same printer supermarket chain Aldi resold in February for the same price. That time the printer was called Cocoon Create and was supplied by Australian consumer hardware vendor Winplus.

The renamed Balco 3D printer measures at 400x410x400mm and can receive data direct from USB or MicroSD card.

The Balco 3D printer is available to pre-order from Dick Smith or Kogan websites. Products start shipping on 29 July. 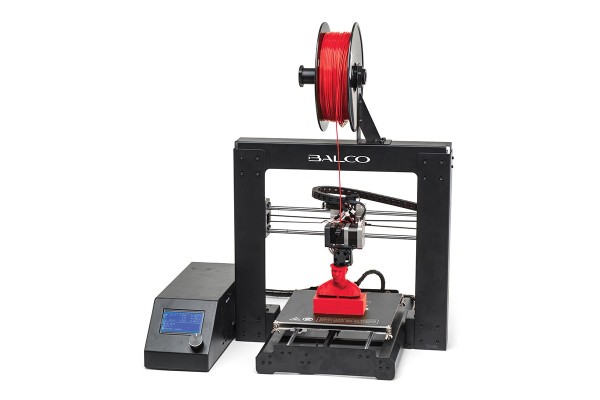 James Newman started work on the “Megaprocessor”, which is10m wide and 2m high, in 2012.

“The machine on your desk may be a million times better than what I have built – but mine is much prettier,” he said – Mine has 10,000 times more LEDs.”

Mr Newman hopes the Megaprocessor will be used as an educational tool and is planning a series of open days at his home over the summer.

“My dream is that it goes to a museum or educational institute so that people can learn from it.” 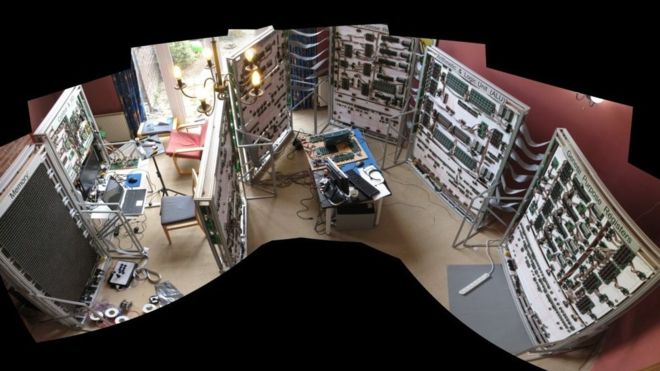 At the press of a button in the new Ford Focus RS, drivers can perform a perfect“drift” (a sideways four-wheel skid) providing they floor the throttle and turn the steering wheel.

Ford disabled the “burnout” mode on the Mustang in Australia but has left the latest hoon mode active in the new Ford Focus RS, a $50,000 high performance hatchback that went on sale across Australia today.

When asked why the “burnout” mode was disabled on the Mustang but drift mode is active on the Focus RS, a Ford Australia spokeswoman said: “We do not offer line lock because burnouts are illegal in Australia”. 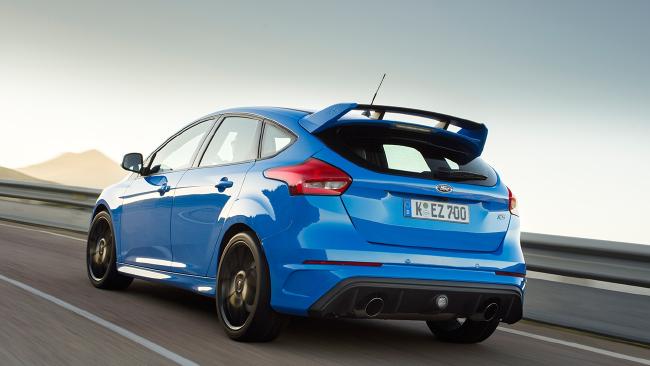 At 6:59:59 p.m. EST time on December 31, the world’s official clocks will recognise an extra second, meaning there will be a minute that actually contains 61 seconds.

there is a irregular way of measuring time and a precise one. The irregular one is based on the Earth’s rotation, which actually can slow down (as it is currently doing) based on factors like the tug of the moon. The precise one is based on atomic clocks. To keep them in agreement, experts sometimes add extra seconds to the official time system, slowing it down.

he leap second can trouble computer networks, and for that reason they need to provide six months of notice. “Typically, every time we’ve had a leap second inserted since the late 1990s, about 10 per cent of the world’s larger computer networks suffer some sort of failure because of this,” he said. He pointed to a disruption that Qantas Airlines faced in 2012 stemming from a leap second; other websites, like Reddit, were affected too. 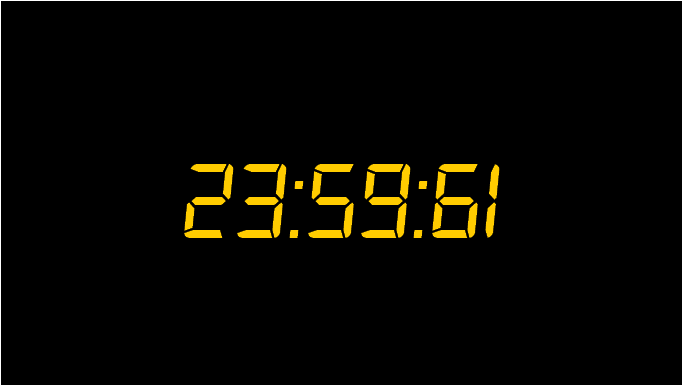 Apple to launch its own reality TV show

IF YOU’RE a smartphone app developer and looking for a path to cheap fame, Apple has some good news for you.

The tech giant is in the process of launching its very own reality TV show: Planet of the Apps.

A casting call for the show was put out this week looking for developers over the age of 18 who are keen on making smartphone apps for the Apple environment.

Earlier in the year, Apple announced it was planning on launching its first original TV series and the world now knows a little more about what that’s going to look like.

The show will be co-produced by a newly formed company owned by reality TV guru Ben Silverman known for The Biggest Loser and Howard T Owen who worked on MasterChef Junior. Musician Will.i.am is also on board for the project.

The original program will follow “how apps are developed and created and incubated”, Mr Silverman said.

In a statement published by tech blog9to5Mac, the pair outlined their vision for the show.

“Planet of the Apps will give app creators the chance to break through and share their ideas with the world. This is an exciting format that taps into what is driving culture today. We can’t wait to see the groundbreaking ideas accepted for the show grow into viable businesses.” 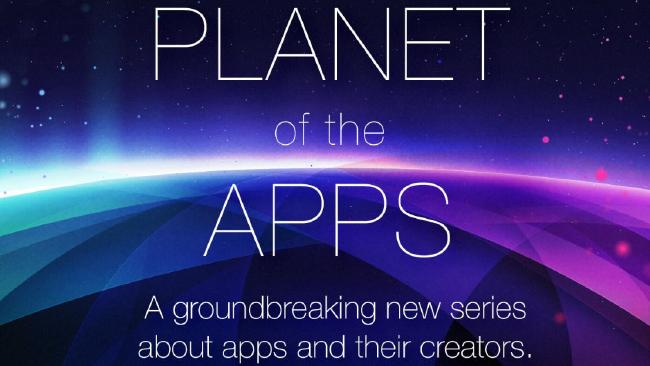 Is this the start of something more?Source:Supplied

The ascent of Netflix and the fragmented market of content providers spawned by internet-based services has seen a rise in companies keen to produce their own original content.

Earlier in the year when Apple announced it was going to create the TV show, the company’s software and services boss Eddy Cue said Apple was not moving wholesale into the production of original content.

“This doesn’t mean that we are going into a huge amount of movie production or TV production or anything like that,” he told the New York Times in March.

However last yearrumours were circulating that Apple was exploring the idea of pursuing an original content division and was in talks with a number of leading television companies about launching an internet-based TV service.

It’s possible the success of the forthcoming show could determine the extent of Apple’s potential foray into original content.

The casting call for the Planet of the Apps show will be accepting online applications until August 26 with filming set to take place next year.

According to theshow’s website, the contestants will receive “hands-on guidance from some of the most influential experts in the tech community, featured placement on the App Store, and funding from top-tier VCs.”

Following this morning’sannouncement that it would be launching public betas for bothiOS 10 andmacOS Sierra, Apple has now released iOS 10 for members of the public beta testing program.

As we noted earlier, users interested in testing out iOS 10 should visit Apple’sBeta Software Program website for more details and to register for the program. Once accepted into the program, users will be able to download a profile to install on their iOS devices that will enable them to receive the iOS 10 public beta. Make sure you first delete anyiOS 9 public beta profiles you have installed and ensure you have a full, encrypted backup of your iOS 9.x device before upgrading in case you need to roll back from iOS 10.

Check out ouriOS 10 roundup for details on what’s new and follow along in ouriOS 10 forum to discuss the changes.

Apple’s public beta program formacOS Sierra is now live following this morning’sannouncement that bothiOS 10 and macOS Sierra would be made available today. macOS Sierra will include a number of changes and new features such asSiri integration,Apple Pay for Safari, Auto Unlock viaApple Watch, and improvements for Photos, Messages, andApple Music.

As with iOS 10, users interested in testing out macOS Sierra should visit Apple’sBeta Software Program website for more details and to register for the program. Once accepted, you should be able to access a redemption code and download link to allow you to access the Sierra installer in theMac App Store. Make sure you have a complete backup of your system before upgrading.

OurmacOS Sierra roundup has all of the details on what’s new for Mac and users are discussing the changes in ourmacOS Sierra forum.