The fire at the Chatswood exchange damaged power infrastructure and left some customers disconnected for more than two hours.

While calls have been restored, the telco said it was still experiencing issues with SMS.

“As a result of the Chatswood exchange fire today it’s possible some SMS messages have been incorrectly delivered,” a Telstra spokesman said.

“Customers won’t be receiving SMS messages in the short term while we resolve this issue.”

NAB warning its online customers of delays to SMS alerts

Telstra has been hit by eight outages in 12 months, and this week retained its ranking as Australia’s most valuable brand in a global survey. 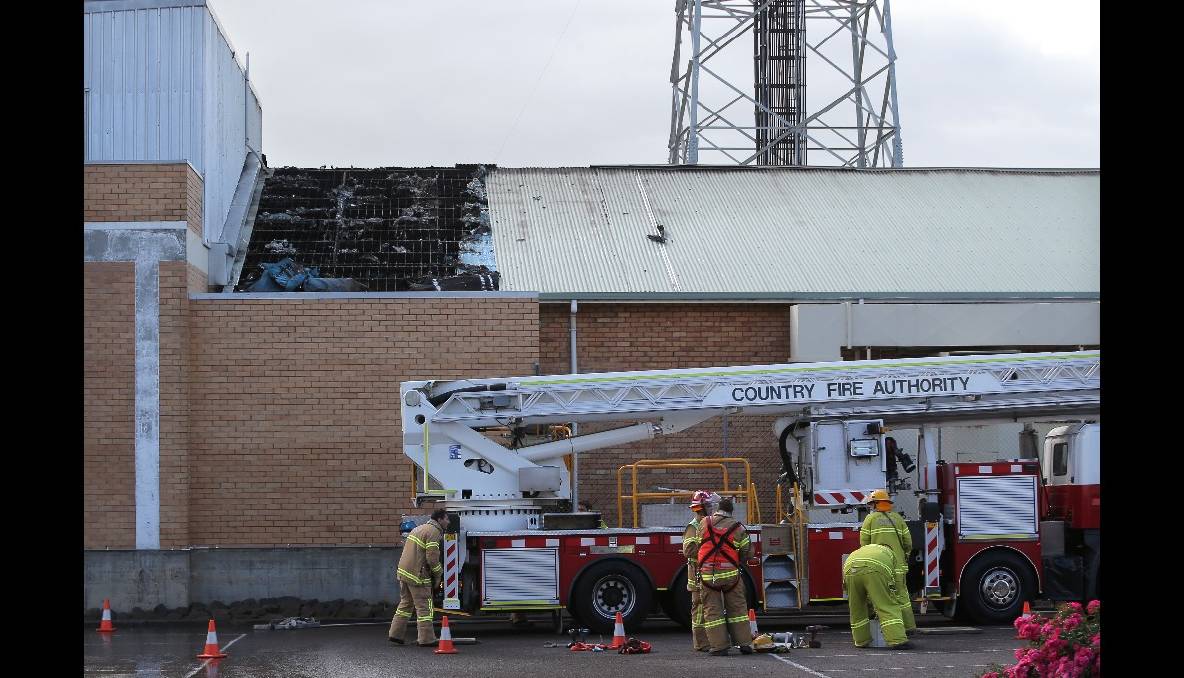 Google has been named the world’s most valuable brand, after a strong 2016 saw it knock Apple from the top spot.

Meanwhile, Apple slipped from second to first, due to a 27 percent fall in its brand value, from US$145.9 billion to US$107.1 billion.

Amazon remained in third place, with a brand value of US$106.4 billion, according to the Global 500 Report, which was published by valuation consultancy Brand Finance.

The annual ranking is based on the value of a company’s brand, rather than its actual financial position. Brand value is calculated by analysing marketing investment, familiarity, loyalty, staff satisfaction and corporate reputation. 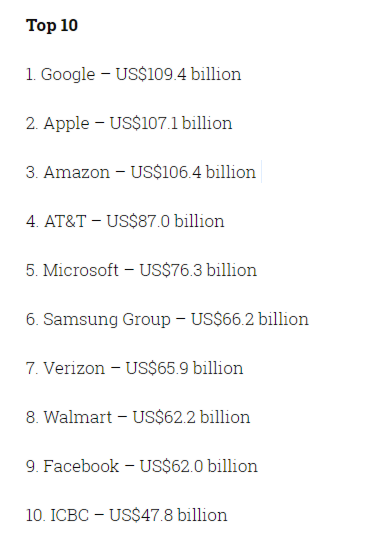 Vaya has unveiled a range of ultra-cheap 4G data-only plans, starting at $15 per month for 5GB.

Customers who exceed their monthly quota can purchase additional data for $10 per gigabyte.

Vaya’s plans are sold on month-to-month, no lock-in contracts. Vaya also says it will beat any other telco’s comparable 4G data plan and provide the next month of data for free.

Vaya is owned by Amaysim and operates on the Optus 4G Plus network. 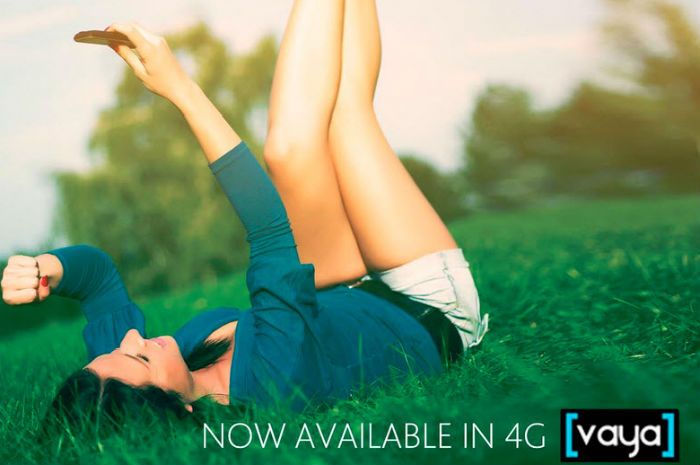 It’ll let children post photos of their creations and comment on other people’s but with strict restrictions on what they can say.

Text comments aren’t allowed but users can either use prewritten responses or custom Lego emoji and stickers.

Although it’s aimed at children, who have to use a parent’s details to sign up, there is no restriction on adults also joining the network. 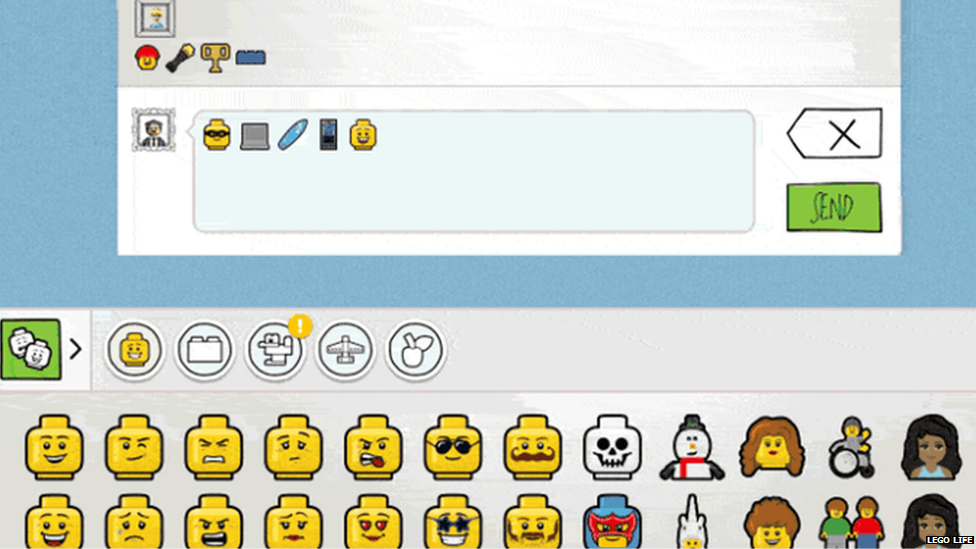 He started out installing two electric horses on the roof of a department store in Japan as amusement rides.

The game was developed by Toru Iwatani and in 2016 was named the highest-grossing arcade game of all time by the website US Gamer.

Mr Nakamura was an honorary advisor at Bandai Namco until his death on 22 January.

He was awarded the Order of the Rising Sun, a Japanese government honour, in 2007 and was inducted into the International Video Game Hall of Fame in 2010. 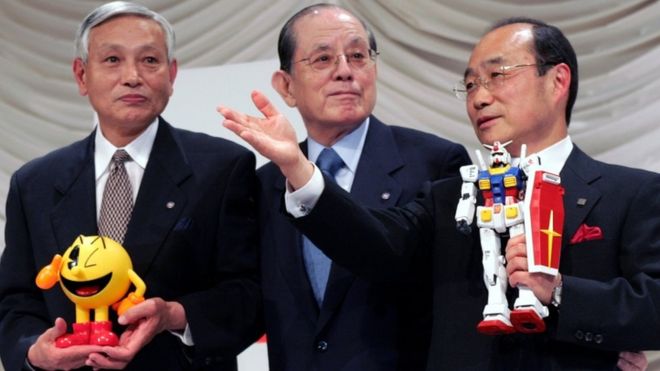 Brian Thompson, a shopkeeper from Middlesbrough, has pleaded not guilty in a landmark case, challenging the legality of video-streaming set-top boxes that provide subscription content for free.

Kodi itself is a neutral platform, there are lots of add-ons available for it that make pirated content readily available. Users often add these themselves at home, but the question in this case is whether shopkeepers are permitted to pre-install them.”

Fully loaded boxes, that come pre-installed with the add-ons are fairly common in online stores.

“If I am found guilty and the court rules that I am breaking the law selling these boxes, I want to know what that means for people buying and selling mobile phones or laptops because the software is available for all of them.” 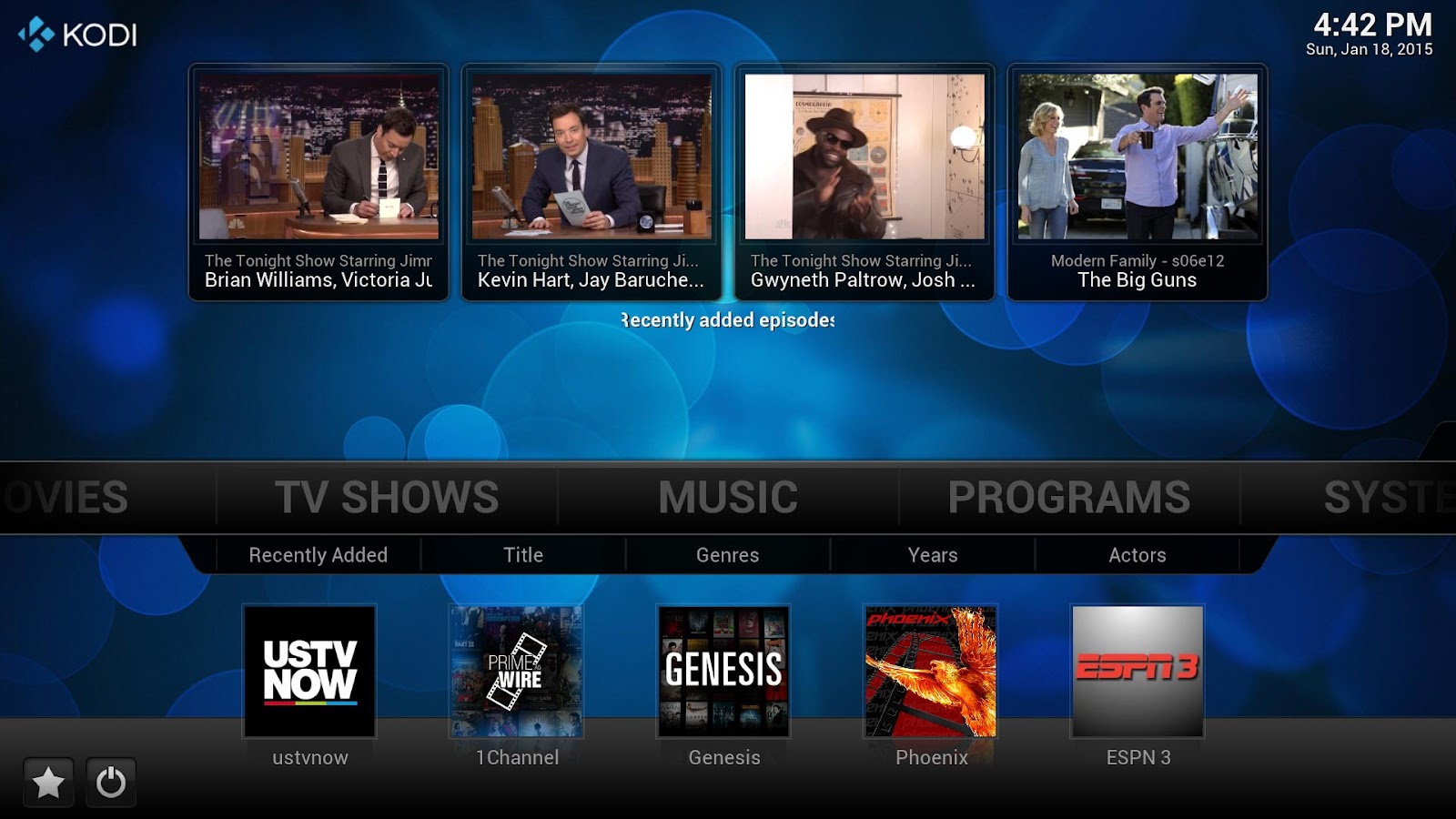 At its peak, a record 8.7Tbps of live video was streamed, according to content delivery network Akamai Technologies.

TeraBits Per Second, TeraBytes Per Second) One trillion bits or bytes per second.

The previous record of 7.5Tbps was set during US election day coverage on 8 November 2016. 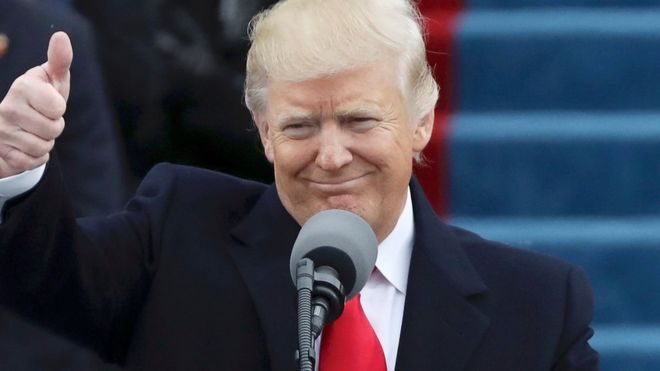 “In light of this major setback, and changes in the way audiences are choosing to get their information about gaming, the ABC has decided to end the long and successful run of the show.”

It was later revealed Stephanie ‘Hex’ Bendixsen and Nich ‘Nichboy’ Richardson were the two cast members to depart, with the ABC announcing it would retain the remaining Good Game team. 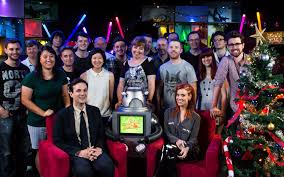 AUSTRALIA’S mobile phone network will deliver internet access at up to 10 times the speed of the top National Broadband Network connections within weeks with the use of a new gadget unveiled today.

The pocket-sized Netgear device will use Telstra’s existing 4G phone network to deliver downloads of up to one gigabit per second, or enough speed to get a one-hour TV episode in 16 seconds, or a high-definition movie in three minutes.

By comparison, top NBN connections only deliver up to 100 megabits per second.

However, there are caveats: the speeds have only been delivered in “laboratory-like” conditions, are not yet available throughout Australia, and mobile downloads may cost significantly more than those from a fixed line connection. 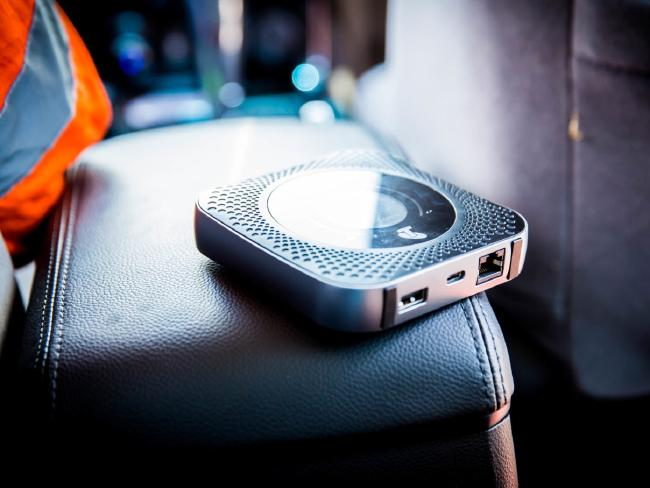 The Netgear Nighthawk M1 device can be used to deliver download speeds up to one gigabit per second from the mobile network.

Telstra device management director Andy Volard called the Netgear Nighthawk M1 “the fastest mobile device in the world,” and said it was a step towards what most users could expect from future phone networks.

“And it brings us one step closer to introducing 5G in Australia.”

Essentially, the device uses multiple 4G bands but only one SIM card.

It can also connect up to 20 devices to the internet at once.

Telstra will launch the device for consumers at the end of February, with an outright price of $360. It has yet to reveal monthly plans for the device, however, and current 4GX plans peak at just 15GB for $55 per month.

Also, the Netgear device’s top speed of one gigabit per second down and 150 megabits per second up have only been achieved under “laboratory-like” conditions in Sydney. Telstra’s 4GX network is currently available in parts of Sydney, Melbourne, Brisbane, Adelaide, and Perth.

THERE is nothing more annoying than having Wi-Fi dead spots spread across your house.

While it is possible to install wireless extenders throughout your home, this often results in multiple wireless networks and reduced network speeds.

Thankfully, one of the best-known names in home networking has developed the ultimate Wi-Fi solution, with Linksys’ Velop modular promising to bring the speed of the NBN to every corner of the home — no matter the size, design or layout.

“With other Wi-Fi, the signal degrades as you move farther away from the router, leaving you susceptible to dropped connections. Velop gives you full-strength Wi-Fi everywhere.”

Velop is available in three-pack, two-pack and one-pack options, with each node operating as a router, range extender, access point and bridge capable of increasing the Wi-Fi range 2000 square feet.

With each ‘node’ being a powerful Tri-Band AC2200 device, the Velop uses dynamic channel scanning algorithms and three in-built radios to calculate the optimal route from the modem and “parent” node to each “child” node.

This means unlike traditional routers and range extenders that cause Wi-Fi speed to be cut in half witheach transfer from one access point to another, Velop’s mesh network allows speeds to remain consistently fast for any connected device.

The products are very easy to set up, with each node configured using the Linksys iOS or Android app — animated visuals and troubleshooting instructions have been included to simplify the process for even the most novice Wi-Fi user. 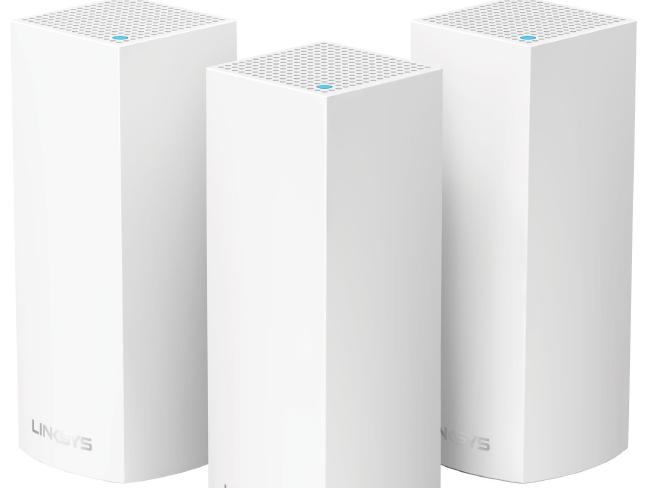 The vertical design has antennas in the middle and top of the unit for improved performance. Picture: Linksys

After connecting to your mobile device using Bluetooth, the app will suggest the best placement in your home to reduce lag and latency.

The app also serves as the Wi-Fi management tool, with features such as guest access, parental controls and device prioritisation.

Impressively, users will be able to use the same network name and password across all devices after installing the first node — regardless of whether it has been connected wirelessly or using an ethernet cable.

Once connected, the nodes can have a combined speed up to 2200 Mbps.

Will you be purchasing a Velop modular Wi-Fi mesh system? Continue the conversation in the comments below or with Matthew Dunn on Twitter orFacebook.