Amazon Web Services was struck with a major fault at its US-East-1 data centre region in North Virginia on Tuesday, causing service outages for some major internet properties.

AWS said it believes it has identified the root cause of the S3 outage and has been repaired. 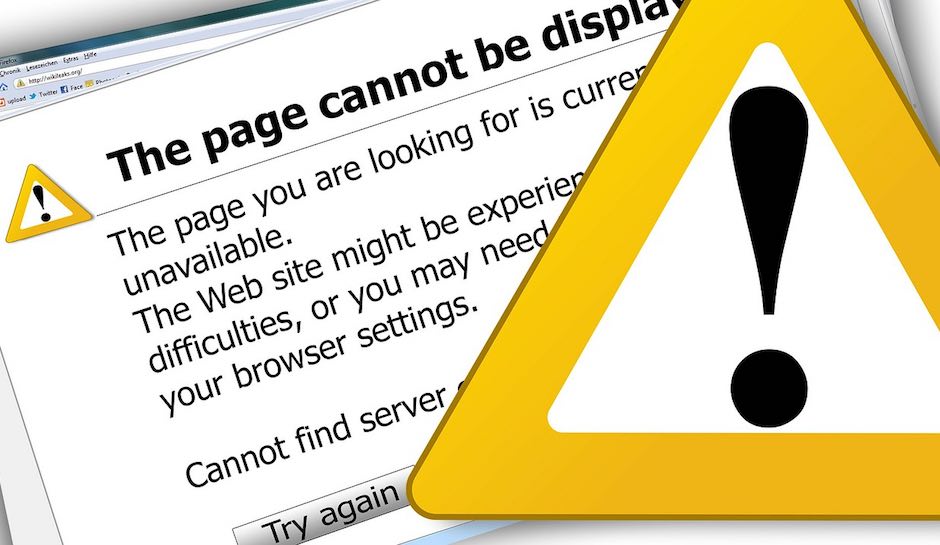 NBN to deliver FTTC to 700,000 homes and businesses starting this year

NBN has released details on the first 700,000 homes and businesses that are expected to have fibre-to-the-curb (FTTC) rolled out.

The first area to be built will be Coburg North, Melbourne, where NBN is expected to hold trial services with retailers in the second half of 2017.

Commercial services for FTTC will start being launched in the first half of 2018. By that time, NBN expects to have 100,000 homes and businesses ready to connect. 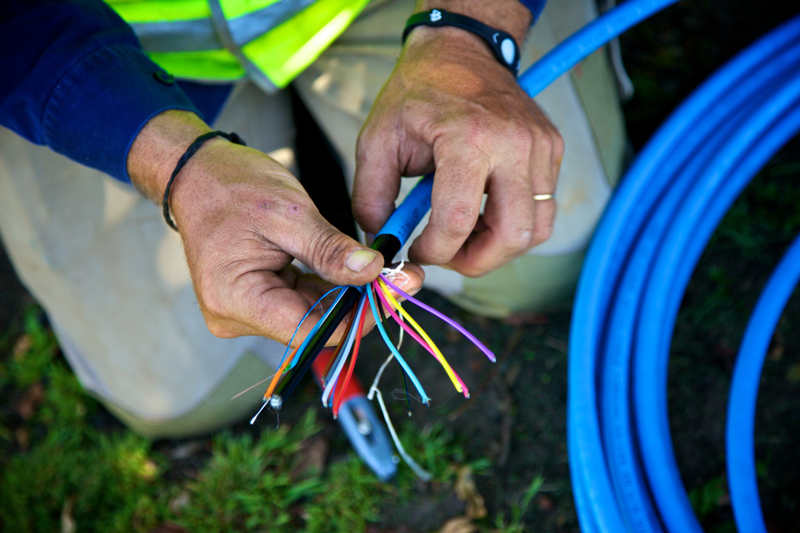 SpaceX to fly two tourists around Moon in 2018

US private rocket company SpaceX has announced that two private citizens have paid to be sent around the Moon.

The mission is planned for late 2018, SpaceX CEO Elon Musk said, adding that the tourists “have already paid a significant deposit”.

“This presents an opportunity for humans to return to deep space for the first time in 45 years,” he said.

The space tourists would make a loop around the Moon, skimming the lunar surface and then going well beyond, Mr Musk said.

The mission will not involve a lunar landing. 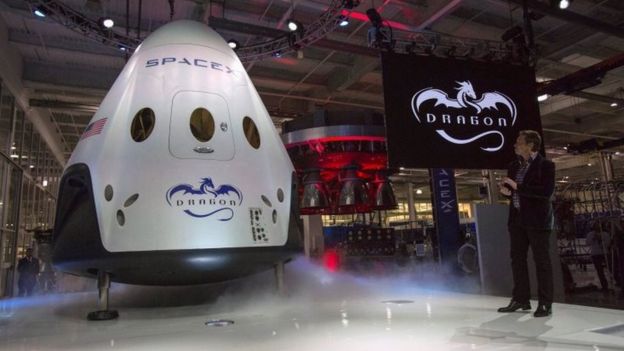 YAHOO is punishing CEO Marissa Mayer and jettisoning its top lawyer for the mishandling of two security breaches that exposed the personal information of more than 1 billion users and already have cost the company $350 million.

Mayer won’t be paid her annual bonus nor receive a potentially lucrative stock award because a Yahoo investigation concluded her management team reacted too slowly to one breach discovered in 2014.

Mayer took to her personal Tumblr page overnight to say she will be redistributing her annual bonus and equity stock to Yahoo employees.

“As those who follow Yahoo know, in late 2014, we were the victim of a state-sponsored attack and reported it to law enforcement as well as to the 26 users that we understood were impacted,” Mayer wrote.

“When I learned in September 2016 that a large number of our user database files had been stolen, I worked with the team to disclose the incident to users, regulators, and government agencies. However, I am the CEO of the company and since this incident happened during my tenure, I have agreed to forgo my annual bonus and my annual equity grant this year and have expressed my desire that my bonus be redistributed to our company’s hardworking employees, who contributed so much to Yahoo’s success in 2016.”

Yahoo didn’t disclose the 2014 breach until last September when it began notifying at least 500 million users that their email addresses, birth dates, answers to security questions, and other personal information may have been stolen. Three months later, Yahoo revealed it had uncovered a separate hack in 2013 affecting about 1 billion accounts, including some that were also hit in 2014.

Network chief says often your computer problems are the fault of the retailers, not them

IF YOUR broadband speed is at a crawl or occasionally drops out completely don’t yell at the National Broadband Network. Not automatically, anyway.

NBN chief executive Bill Morrow believes his company too often is blamed for failures which have been the fault of retain service providers (RSPs) who onsell his product.

One retailer can get top marks from customers while another, using the same NBN service, can be marked down by their clients because they aren’t as good at running their end of the network.

Mr Morrow has told a Senate committee the finger-pointing often is in the wrong direction, although occasionally both are responsible.

But the creation of the broadband network was so swift and vast that the NBN was being blamed for almost everything, he told the committee last night.

“Many end-users are confused as to who does what and the industry — including us — must do a better job in providing that clarity,” Mr Morrow said.

NBN Co boss Bill Morrow pocketed $3.6 million in total remuneration in fiscal 2016, with the executive tripling his bonus from $483,000 to $1.2m and extending his lead as the highest paid public servant in Australia.

Mr Morrow added more than half a million dollars to his pay packet in fiscal 2016, netting almost $3.6m in total remuneration compared to the $3m he received for the same period last year.

Mr Morrow’s is part of an elite group of government servants with astronomical pay packets. As the heads of a wholly owned commonwealth government business enterprise (GBE) Mr Morrow’s closest peer on the pay stakes is Australia Post boss Ahmed Fahour who is on a base salary of $2.1m.

DID you know that using your mobile to stream an hour of HD content from Netflix on your commute could use as much as 2GB of data?

In an attempt to lessen the burden, Netflix is set to introduce new technology that will improve the picture and streaming quality when watching content on your mobile or tablet device, while simultaneously reducing the amount of data it takes to watch your favourite shows.

The streaming giant is “doubling down” on the mobile experience and has developed a new video compression technique that relies on artificial intelligence to make the video encoding process more sophisticated so it reduces the bit rate as much as possible without diminishing picture quality.

The company’s VP of product innovation Todd Yellin said it will reduce buffering and is about getting “more bang for our bits”.

Traditionally, online video is compressed in a uniform manner for a particular connection speed. This means that a highly compressed video for a low bandwidth connection can turn out to be grainy or pixelated.

Netflix is calling it Dynamic Optimiser and will begin to introduce it “in a couple of months,” Mr Yellin said while demonstrating the technology for journalists gathered at the Netflix House, a villa overlooking Barcelona hired by the company for the Mobile World Congress.

“Whatever the best picture we can give you with whatever your bit rate is, that’s what we’re going for,” he said. “An HD picture for a lot less.”

Domino’s Pizza is counting down the days until its core online ordering system starts taking pizza orders on a new Azure platform-as-a-service environment in Australia.

The retailer recently made the decision to take the OneDigital system out from AWS globally and shift it onto the Microsoft cloud technology.

Domino’s has used Amazon Web Services as its hosting partner for all its critical systems for around the last four years. It has a small number of systems – like Exchange, which it is currently moving to Office 365 – housed in a server room in Brisbane.

While the majority of its core platforms will remain in AWS, late last year the pizza chain decided to move its .NET proprietary OneDigital platform into Microsoft Azure PaaS globally.

OneDigital is the online ordering platform that is used by all Domino’s markets across the globe to process orders.

Unlike Domino’s infrastructure-as-a-service environment with AWS, Azure PaaS offers the pizza chain support for the entire web application lifecycle via servers, storage, and networking alongside development, business intelligence, middleware, and database management tools, among others.

Each Domino’s region’s instance of OneDigital will be hosted centrally, but all instances across the globe will be able to process orders from any of Domino’s regional operations.

“If for instance an A/NZ order hit the closest instance [in the country] and it wasn’t available, it would go to the next closest available, and so on,” McMahon said.

However, the retailer will ensure orders in regions with privacy regulations will only be processed locally so as to avoid taking risks with customer privacy.