The former is a super-compact box – codenamed Boxster, in fact, after Porsche’s peppy roadster – sporting Intel’s 1.6GHz Atom 230 processor. and 1GB of RAM.

The Atom is nimble enough to run WHS for relatively ‘simple’ server and networking tasks such as file and printer sharing, backup, serving photos over the Web and streaming audio through the inbuilt iTunes Server.

Hard disk capacity is fixed at 1TB, as there are no spare drive bays – expandability beyond this relies on adding external USB hard drives.
HP has opted to bring in the low-end LX-197 ($599)

The EX-490 also packs 1TB of storage but had three spare drive bays, and is powered by a 2.2GHz single-core Celeron processor with 2GB of RAM

Some key specs have predictably been given a bump: a 2.26GHz Core 2 Duo (up from 2.13GHz) and a 250GB hard drive (formerly 160GB). Memory remains unchanged: this was already sitting at 2GB, which is sufficient for the fleet-footed Mac OS X 10.6.

Apple has added Intel’s latest quad-core silicon Core i5 and Core i7 powerplants into its mainstream desktop line, while even the entry-level Core 2 Duo systems now start at 3GHz – previously the top speed for the most expensive iMac.

Microsoft has confirmed this won’t be offered to its Australian customers.

The Windows 7 Family Pack allows users to upgrade up to three PCs to Windows 7 Home Premium edition. It marks the first time that Microsoft has embraced a multi-user consumer licence for Windows, although a similar arrangement has been in place with a Student & Teacher Edition of its Office suite. 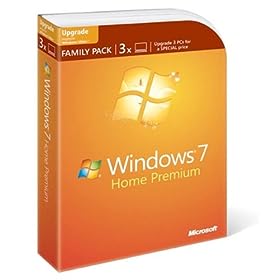 Apple continues to do brisk business with its OS X 10.6 Snow Leopard Family Pack, which permits five installations of OS X 10.6 for $69.

Criminals snatched EFTPOS devices at McDonald’s outlets across Perth and replaced them with bogus card-skimming versions, fleecing at least 3500 customers.

More than 3500 people’s cards were compromised..

Spokesmen for Australia’s two largest retailers, Woolworths and Coles, both also said they had no need to change their security protocols on EFTPOS terminals because their machines contained more advanced technology.

Magic Mouse lets people use finger gestures instead of buttons, wheels, or balls to navigate computer screens. A$99

If you want to run Windows 7 on your PC, here’s what it takes:

RUN the upgrade advisor: useful to ensure your system will run and tells you if new drivers are needed or if some software will not work.