The Finnish-designed “GoSleep” chairs, a world-first unveiled on Sunday, feature a sliding door/roof designed to either partially or fully enclose passengers within the pod, shielding them from surrounding noise, light and crowds.

Ten pods now reside in Terminal 3, and 10 more in the Al Dhabi Lounge at Terminal 1, while a further 35 are to be fitted later this year. Once all are installed, the pods will be upgraded to provide internet access, storage space for luggage and other valuables, as well as a power source for laptops, mobiles and other electronic devices.

Hotels offering compact, short-term accommodation have been popular in Japan for years. The Capsule Inn Osaka was one of the world’s first capsule hotels when it launched in 1979.

Earlier this year, Moscow installed its first city centre capsule hotel, the Sleepbox Hotel Tverskaya, which features 50 windowless pods that can each accommodate up to three people. Each has internet access, and is soundproof and air conditioned.

The Windows 8.1 Preview is here!

Microsoft released a test version of its Windows 8.1 software on Wednesday, bringing back the ‘start’ button and adding a host of features including easier ways to find and access applications, along with a highly improved search function, some of which was announced last month.

Facebook has finally agreed to work on an app especially for Windows, which should be available in around 6 months.

Firefox 22 has arrived with WebRTC, a technology that integrates audio and video directly into the browser.

Web Real-Time Communications (WebRTC) allows developers to add video and voice calls and file-sharing to websites with a few lines of code, without the user installing any software or plugins. Mozilla first showed off the technology earlier this year, but it’s now enabled by default in the browser.

For example, WebRTC would allow a website to snap a profile photo or use the computer’s microphone

You could use a Flash plugin to do it, but that’s not going on work on mobile phones. All of this stuff was really hard to do – but now it’s really easy.”

FireFox says that WebRTC goes much further than audio and video calling. “You could be having an IM conversation using any service, and say ‘you know what, let’s just upgrade this to video’, and click a button and add video to it,” he said. “You could be in some web-based game and say ‘hey maybe we should have a picture-in-picture chat box in the corner’.”

BitTorrent claims it isn’t for piracy

Google opens up about the malware alerts it sends users

Google has expanded its “Transparency Report” to include statistics detailing the extent and source of malicious websites.

Google launched its “Safe Browsing” program in 2006 to notify users about sites that it believed contained malware. Google said it flags up to 10,000 malicious sites each day, and now those numbers, as well as other data points, will be publicly available in graph form

You can now learn how many people see ‘Safe Browsing’ warnings each week, where malicious sites are hosted around the world, how quickly websites become reinfected after their owners clean malware from their sites, and other tidbits we’ve surfaced,” Google said

The report also includes a “Notable Events” page, which helps explain some of the ebbs and flows illustrated on the charts. For example, earlier this month, a malware campaign to exploit vulnerabilities in Java and Adobe software impacted some 7,500 sites, resulting in 75 million users receiving warnings.

The social networking site’s security team notified users that they may have had their email addresses and phone numbers shared with other users linked to them.

It was made aware of the security issue through its bug bounty program, where researchers are paid for reporting vulnerabilities to the company. After the bug was reported last week, Facebook disabled the DYI tool and issued a fix the following day.

The site is in the midst of notifying impacted individuals via email.

Gungahlin has one of the fastest NBN uptakes in Australia.

The Government says that Gungahlin has received one of the fastest take-up rates in Australia with over 50 per cent of residents and businesses having already signed up for an NBN service in the area.

NBN Co also announced that there are now around 14,700 homes and businesses in the ACT suburbs of Amaroo, Franklin, Harrison, Mitchell, Ngunnawal, Palmerston and Watson that are able to connect to the NBN.

One billion Android devices to ship in 2014

iOS users may be far more susceptible to being hacked when using Wi-Fi hotspot connections than they imagined.

With the right planning, passwords can be cracked in less than 50 seconds, the researchers said

Apple derives the first half of default passwords from a catalog of 1,842 words, and even then, the selection process is not random, the researchers found.

Conroy steps down as Communications Minister

Communications Minister Stephen Conroy has resigned from his position as a result of a Federal Government leadership spill.

His departure means the Government will need to appoint a new shareholder minister, accompanying Penny Wong, for the NBN.

He has also been involved in projects including cybersecurity and internet censorship, digital economy, and the digital television switchover.

“That means I’m in charge of spectrum options and if I say to you, everyone in this room you want to bid next week in our spectrum auction you better wear red underpants on your head, I’ve got some news for you — you’ll be wearing them on your head,” he said. 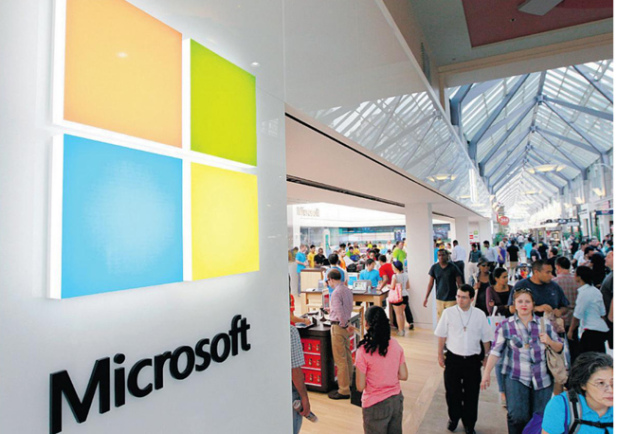 Microsoft Office isn’t the only key asset that Microsoft plans to bring to iOS and Android users. Reuters cites a report from Japanese news service Nikkei claiming that Microsoft will bring some of its PC and Xbox games to the iOS and Android mobile platforms. Microsoft’s classic Age of Empires series is expected to be the first game coming to Apple and Google’s mobile operating systems by the end of 2013, with more Microsoft games to follow in 2014. Microsoft is bringing its games to new platforms with the help of Japanese game developer Klab, Inc., Nikkei claims.

Microsoft also quietly announced that the XBox One will be not be region-locked! 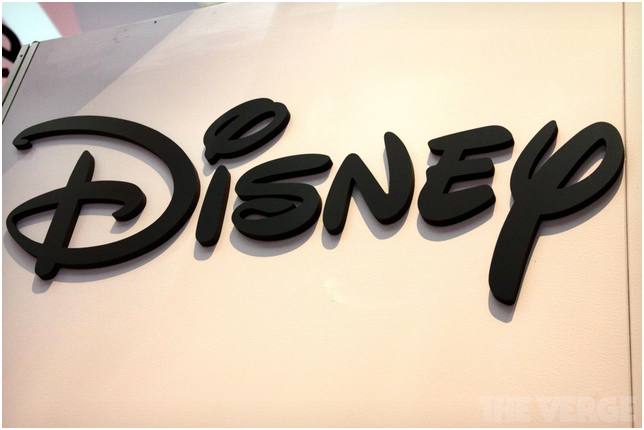 In a bid to limit movie piracy in Asia, Disney and Sony have quietly begun testing a bold new on-demand service in South Korea which offers movies to rent while they are still playing in theaters. As noted by the Wall Street Journal, the two companies are the first US studios to provide consumers anywhere with the option to buy a ticket to see a movie or watch it in their own home using their cable, internet, or satellite-TV subscription.Django Unchained, Wreck-it Ralph, and Brave have all been made available as part of the trial.

Windows 8.1 includes options to shut down from Start button and disable hot corners 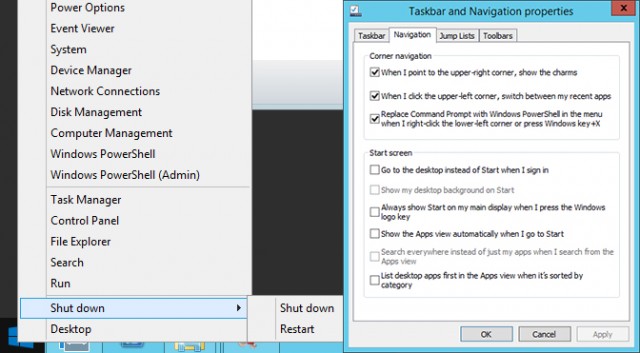 Right clicking on the Start button in Windows 8.1 will provide the usual power users menu, but it now has the option to shut down or restart the operating system. For years the Start button and Menu has acted as the primary way to shutdown Windows, so powers users will likely welcome its slight return. Additional navigation options also include the ability to disable the upper-right hot corner for access to the Charms, the upper-left area, and the ability to boot to the desktop instead of the Start screen when you initially sign-in.

Windows 8.1 and Internet Explorer 11 will support WebGL, SPDY, but no WebRTC

Microsoft’s preview of Windows 8.1 is now available to download, and one of the most exciting new features is the inclusion of Internet Explorer 11. In a massive about-turn, after declaring WebGL to be insecure and working on its own HTTP replacement, IE11 will support WebGL and Google’s SPDY protocol. HTML5 support is also much improved, and some much-needed interface tweaks have been deployed.

WebGL is a technology that allows websites to access your computer’s graphics card via JavaScript, using a language/API (OpenGL) that developers are well versed in. WebGL and HTML5 allowed Unreal and Mozilla to bring the Unreal Engine 3 to Chrome and Firefox — and now Internet Explorer can get in on the action. There’s still no sign of WebRTC, though, which means websites still can’t access your webcam and microphone.