25 years of the World Wide Web

Computer world – the Web is marking its 25th anniversary. On March 12, 1989, Tim Berners-Lee, a British computer scientist, introduced the idea of the World Wide Web in a proposal for an information system

Sir Tim Berners-Lee, the inventor of the web –

Today is the web’s 25th birthday. On March 12, 1989, I distributed a proposal to improve information flows: “a ‘web’ of notes with links between them.”

Though CERN, as a physics lab, couldn’t justify such a general software project, my boss Mike Sendall allowed me to work on it on the side. In 1990, I wrote the first browser and editor. In 1993, after much urging, CERN declared that WWW technology would be available to all, without paying royalties, forever.

Sony and Panasonic have teamed up to develop a successor to Blu-ray, dubbed Archival Disc, which – as the name suggests – is designed for professional, long-term data storage rather than consumer use.

The pair said the first Archive Disc will launch in summer 2015, with an initial capacity of 300GB on the double-sided discs. That will grow to 500GB and then 1TB, as the companies improve the data density.

It’s not the first time someone has attempted to break the terabyte barrier with optical discs. TDK announced 1TB Blu-ray discs back in 2010, which comprised of 32 layers (16 on each side), with each holding 32GB. However, the individual recording layers were more than twice the thickness permitted under the Blu-ray specification, potentially leading to read/write errors.

The 300GB Archival Disc requires only three layers on each side

Microsoft has partnered with Laplink to provide Windows XP users with a free data migration tool.

To use the application, you need your old Windows XP computer and your new Windows 7 or later PC both connected to the Internet.

Personalised settings and preferences on your new PC won’t be affected when you transfer your data.

Google to pay US$15 for each customer referral

Currently available in the United States and Canada only, Google said it would pay US$15 (A$16.65) for each new customer referred to them and who signs up for Apps.

There are also coupons available that give new Google Apps customers a US$10 discount for the first year.

While an unlimited amount of referrals is permitted, only the first 100 are rewarded by Google for a total of US$1500 (A$1665).

Twenty employees of US chipmaker on Malaysian flight

Twenty employees of US chipmaker Freescale Semiconductor were passengers on a Malaysia Airlines flight presumed to have crashed off the Vietnamese coast, according to a company statement on Saturday.

The employees, among 239 people on the plane, included engineers and manufacturing staff, many of whom travel regularly between company facilities in Tianjin, China, and Kuala Lumpur, a company source said

Twelve of the Freescale employees on the plane were from Malaysia and eight from China, the company said in a statement.

On 26 February 2013, Freescale Semiconductor announced the creation of the world’s smallest (by size) ARM-powered chip. The Kinetis KL02 measures 1.9 by 2 millimeters and is a full microcontroller unit (MCU), meaning the chip sports a processor, RAM, ROM, clock and I/O control unit. The chip competes with the Atmel M0+ offerings, which are the low-power leaders in the industry [18] One application that Freescale says the chips could be used for is swallowable computers. Freescale already works with a variety of health and wellness customers. Both the Fitbit and OmniPod insulin pump use Freescale chips. The new chip was on display at ‘Embedded World’ in Nuernberg, Germany from February 26, 2013 to February 28, 2013.[19]

Watchdog to crackdown on ‘comparison’ sites 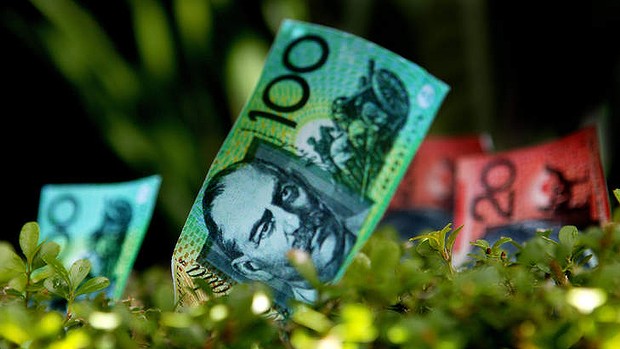 The competition and consumer watchdog says it will crack down on websites that mislead consumers when comparing services such as flights, credit cards, energy and insurance.

Australian Competition and Consumer Commission chairman Rod Sims has said comparison sites were “an important marketing tool for businesses” and often helped “improve transparency and promote competition”, but on occasion could “mislead consumers in significant ways”.

“We will be working with industry to improve standards around websites, and will take enforcement action where appropriate,” Mr Sims said.

The move, reiterated by Mr Sims in a speech to the National Consumer Congress on Thursday, has been welcomed by consumer group Choice, which investigated comparison sites last yeara and found consumers weren’t always better off.

Choice found some didn’t compare all products in a certain category, only listed and compared products from companies that paid them a sales or trailing commission, and often ranked results based on commercial imperatives.

The crackdown follows a similar warning specific to financial comparison sites by the Australian Securities and Investment Commission in December 2012. It was first flagged by the ACCC late last month.

ASIC’s report found some financial product providers paid to be listed and also paid for their products to be “featured” on comparison sites. 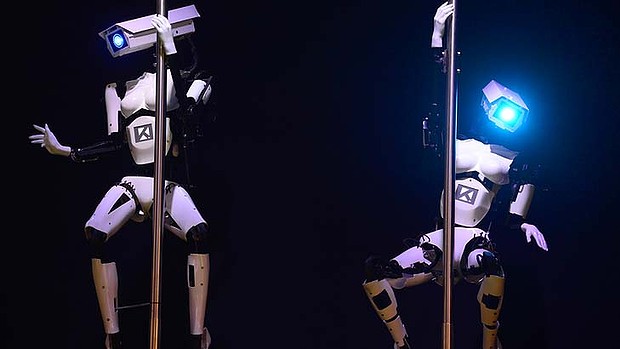 Robots never fail to pull in the crowds, and they set the scene at the official opening of the five-day showcase of what’s new and uber-hot in technology in the buzzing CeBIT halls in the northern German city of Hanover.

Both leaders went on to shake the bionic i-limb hand that has 24 different grips, produced by prosthetics company Touch Bionics, on a joint tour of the stands from CeBIT’s 2014 partner country, Britain.

While pole-dancing robots Lexy and Tess were on hand for pure entertainment, two others, including one-year-old Roboy, which has bones and muscles, pave the way for possible future developments in medicine or even moon exploration.

“I can be happy,” says Roboy, pulling the appropriate facial expression. “I can be angry,” it says, its face turning red.

Resembling a small child, Roboy can move its limbs thanks to its 48 muscles, which are being further developed by the Laboratory for Artificial Intelligence of the University of Zurich and the EU research project Myorobotics. 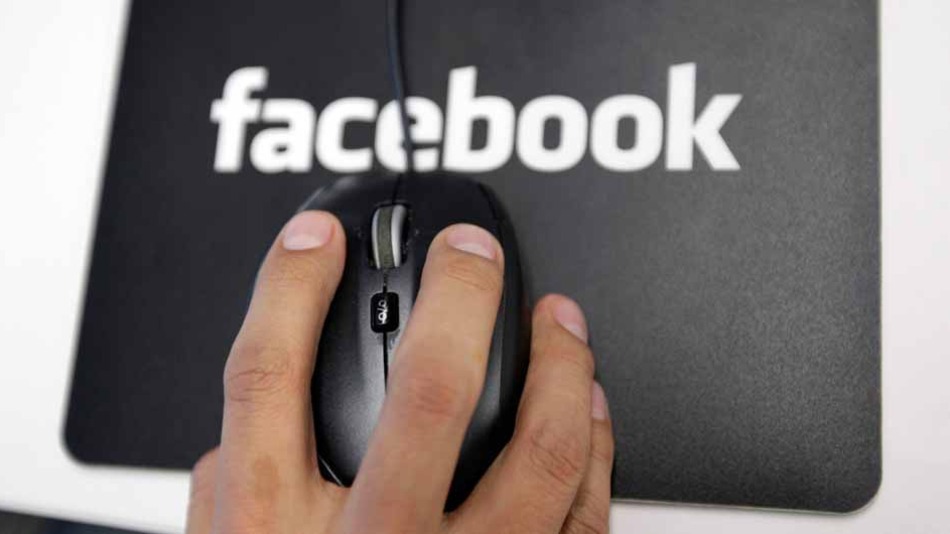 Just days after NSA leaker Edward Snowden sat for a rare remote interview broadcast at SXSW, new information linked to his original trove of data indicates that the NSA implemented some of its surveillance activities by masquerading as Facebook servers.

The report, published by The Intercept, the news site co-founded by the former Guardian journalist, Glenn Greenwald, who published the original leaked Snowden documents, claims that the NSA spread malware to users’ computers under a program called TURBINE.

TURBINE, which was allegedly part of a larger intelligence initiative called “Owning the Net,” was reportedly able to infiltrate 85,000 to 100,000 computers around the world. According to the documents cited in the report, the initiative includes a number of targeted operations with codenames and acronyms out of a pulp spy novel. But the one that likely to raise the most eyebrows, called QUANTUMHAND, allegedly used Facebook to gain access to computers around the globe.

In the report, The Intercept details what it claims are the methods the NSA used to execute the exploit.

When a target attempts to log in to the social media site, the NSA transmits malicious data packets that trick the target’s computer into thinking they are being sent from the real Facebook. By concealing its malware within what looks like an ordinary Facebook page, the NSA is able to hack into the targeted computer and covertly siphon out data from its hard drive. 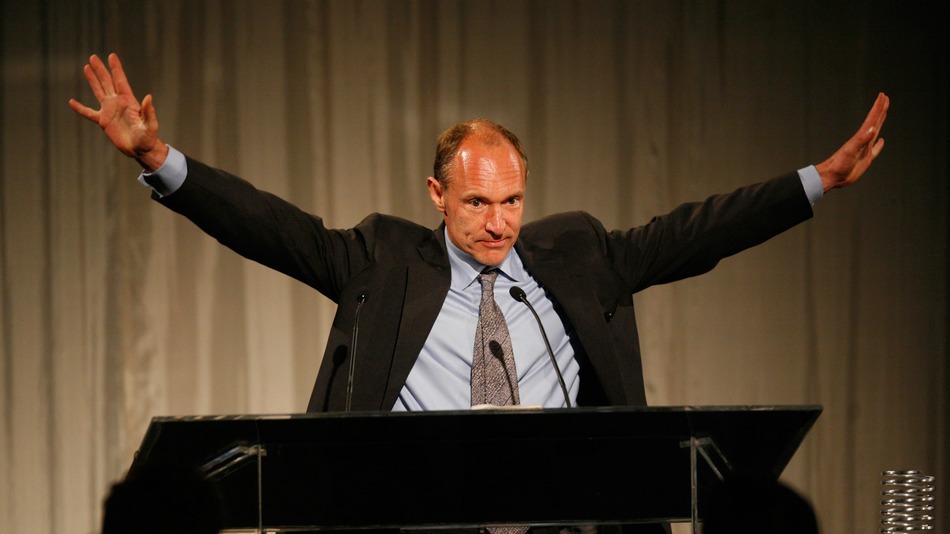 The World Wide Web — which celebrates its 25th anniversary on Wednesday — has undoubtedly ushered in massive innovation in its quarter-life existence but what’s most surprised inventor Tim Berners-Lee is users’ fascination with kittens.

Berners-Lee participated in a Q&A (also known as an AMA or “ask me anything”) on popular message board site Reddit this afternoon and when asked what major reason people use the Internet for that he wasn’t expecting, his answer was simply: “kittens.”

But his answers weren’t all jovial. He provided fascinating insight into the state of the online world, noting he is both “concerned and excited about its future.” He also shared his perspective on Edward Snowden, saying “the whistleblower may be all that saves society.”

“Because he had no other alternative, engaged as a journalist/with a journalist to be careful of how what was released and provided an important net overall benefit to the world, I think he should be protected, and we should have ways of protecting people like him,” he wrote. “Because we can try to design perfect systems of government, and they will never be perfect, and when they fail, then the whistleblower may be all that saves society.”

Berners-Lee also teased a few alternative names he considered other than the World Wide Web, including Mine of Information, The Information Mine and The Mesh.

Microsoft: Office for Mac Will Get a Refresh Soon 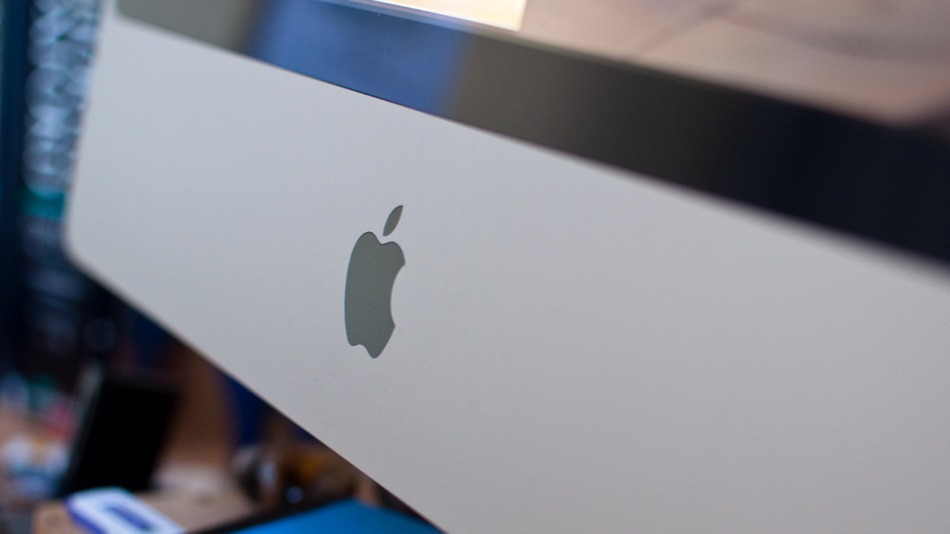 Microsoft Office has evolved quite a bit since the release of the new subscription-based Office 365 in early 2013, but the Mac version has remained stubbornly stuck in 2011, the year of its last major update. But Mac users shouldn’t have to wait much longer for a refresh.

Office for Mac will be updated this year, a Microsoft representative told German publication Computerwoche (Computerweek in English). Thorsten Hübschen, who oversees Microsoft’s office in Germany, revealed the company had originally intended to release Office:mac 2013, but those plans were scrapped after the company’s Mac business unit was phased out. Microsoft stopped updating the Office for Mac blog on Monday.

However, Hübschen said the Office team now has development teams for every platform that Office currently supports, including OS X. Although Microsoft’s focus has been more on mobile versions of the apps — highlighted recently by the launch of the Office for Android SDK at the recent SharePoint conference — Office for Mac users should expect some news in the spring, Hübschen said.

Melbourne CBD to get free wi-fi 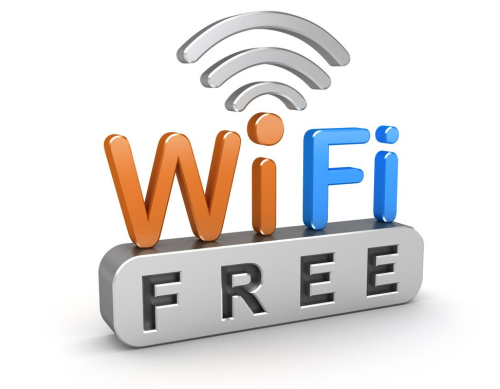 The Victorian government will offer free wi-fi hotspots in the city’s CBD in a trial that could last up to five years, with an eye to expanding the service to regional centres and tourist hotspots into the future.

In partnership with the City of Melbourne, the state government is offering startup grants, access to infrastructure, and in-kind contributions such as for advertising to suppliers who can present a commercially viable way to fund the initiative on an ongoing basis.

Options including scaling up to premium broadband speeds and fee-based data allowances have been put forward as potential money-making models. The government has made it clear that it does not intend to fund the initiative on an ongoing basis.

Melbourne Lord Mayor Robert Doyle said wi-fi would ideally be available at Federation Square, Bourke Street Mall, the forecourt of Flinders Street Station and on the steps of Parliament House.