A family in Yeoval in the state’s Central West were told they were eligible for a government program providing a free computer and lessons for people earning less than $50,000, reports NSW Fair Trading. The scammers photographed the victim’s drivers licence, birth certificate and tax file number.

“Always look up phone numbers in an independent directory,” he stated. “Don’t be tempted by incentives like cash, vouchers, iPads or laptops unless you intend to complete the training course.” 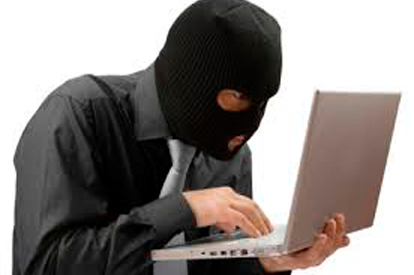 Lenovo has recalled over twenty thousand “LS-15” label power cords in use with numerous models of notebook computers, following similar actions by HP and Toshiba earlier this year.

The Australian Competition and Consumer Commission announced that affected AC power cables’ electrical insulation may deteriorate and pose “a potential fire and burn hazard” upon overheating.

The LS-15 model is made by Taiwanese supplier Linetek. Lenovo attributed the defect to “inconsistent combining of flame retardant compounds in plug of power cord”.

The recall applies to sales between February 2011 and June 2012 inclusive. The cable may have been bundled with a notebook or distributed by itself.

Lenovo stated that a free replacement would be provided for recalled cords. 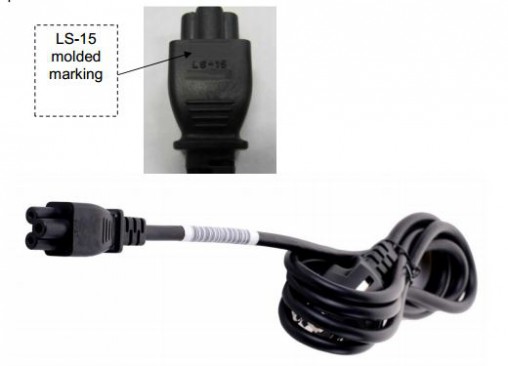 The consumer watchdog stated Telstra had advertised the iPhone 6 plan as costing $70 per month, neglecting to highlight an extra $11 customers would have to pay for the handset itself.

The ACCC said the additional payment – which brought the monthly cost to $81 – was only disclosed in fine print, which the watchdog considered to be misleading and in contravention of Australian consumer law.

A Telstra spokesperson said the telco had been “surprised” to receive the infringement notice as its ad had “prominently stated” the total minimum cost “as legally required”.

“And we’re in line with the way many others in the industry advertise mobile plans with handsets,” the spokesperson said.

“The ad in question was displayed in a full newspaper page so all the text was much larger. 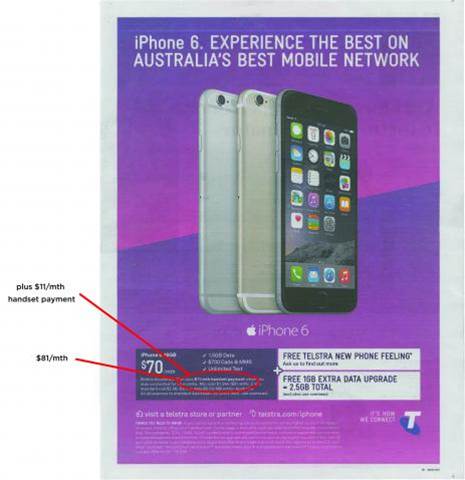 How to boot to command prompt in Windows 8

go into the lower-right corner of the screen, move up and click on the Settings icon, and then click Power, or in Windows 8.1, click the Windows logo and then the power button.

Then, simply click Restart while holding down the shift key. This will take you to the Advanced Startup Options screen.

You will then see a screen with a Restart button. Select it and your computer will restart and present you with the Advanced options screen. Finally, press F6, and your PC will boot to Safe Mode with Command Prompt. 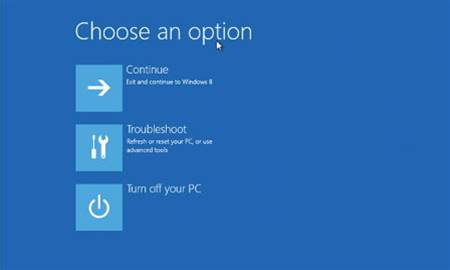 Windows 10 “the next chapter” to be unveiled in January 21

As per ususal for this kind of event, the official invite, shown below, reveals little in terms of detail.

there is one wild card in the pack, and that’s Phil Spencer, the head of Microsoft’s Xbox division, as well as the video game production wing of the company, Microsoft Studios.

Previously, Microsoft has said that Xbox won’t immediately be included in its “one Windows” vision, so his presence is a little odd to say the least. Nevertheless, this obviously means there will be some kind of Xbox announcement at the event.

There are three possibilities of what will be unveiled at the event: the full consumer version of Windows 10, a second Windows 10 Technical Preview, or Windows 10 Consumer Preview.

Windows 10 Technical Preview 2 is a possibility, as Microsoft’s operating a rolling update model. However, given the company has been rolling out continuous build updates to those in the Technical Preview programme, you have to ask why Microsoft would hold a special event for this one.

This leaves the final option of a Consumer Preview. It would seem reasonable that Microsoft would hold a special event for that kind of major change. Additionally as the event is an all day event – which is quite unusual – it could mean the journalists in attendance will have a chance to experience whatever is revealed firsthand. 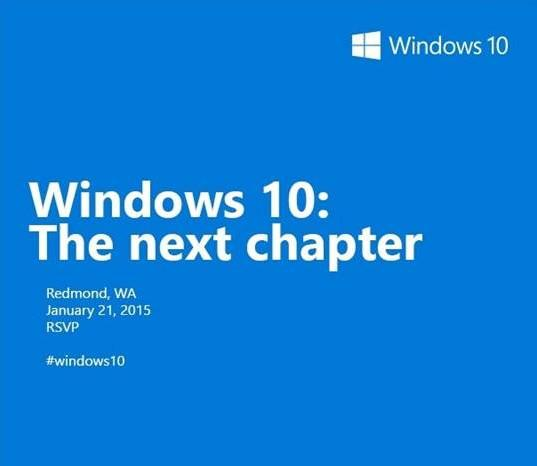 Bitcoin can be added as a payment option to a users’ Microsoft Account, and used to buy content in the Windows Store as well as Xbox games, music and videos, and apps for Windows Phone.

The Bitcoin payment option is only currently available for customers in the US. Microsoft limits the amount that can be exchanged to US$1000 a day and US$5000 in total for all accounts registered to a certain user.

Only specific Microsoft products and services can be paid for with Bitcoin at this time, the company said.

the Senate Economic References Committee is presently evaluating the country’s options to regulate Bitcoin and its use, seeking to balance the growth in digital currencies with the stability of the financial services sector.

The Australian Taxation Office earlier in the year released its guidance on Bitcoin for tax purposes, exempting smaller investors from capital gains tax as long as they stay below A$10,000.

Speaking at a Q&A session in California, he said it was one of the most requested features the social network receives from its users.

He said the site would need to find a way to make sure it did not become a way to demean people’s posts.

According to Facebook’s own figures, 4.5 billion “likes” are generated every day. 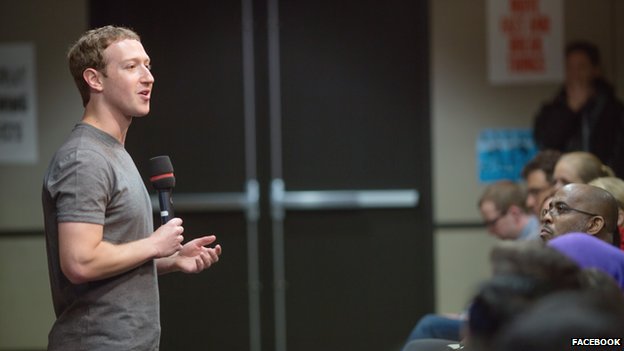 Jeans made that will prevent ‘digital pickpocketing’

A pair of jeans containing material that blocks wireless signals is being developed in conjunction with anti-virus firm Norton.

According to security experts this type of theft is a growing problem.

The jeans are designed by online clothing company Betabrand and use a silver-based material to block signals.

They are due to go on sale in February. 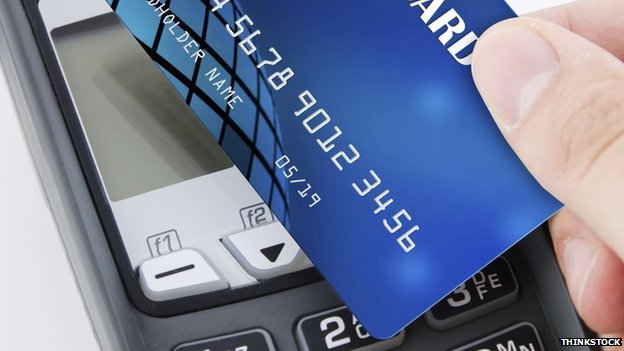 the jurors sided with Apple, who argued the upgrade to its iTunes 7.0 software substantially improved the user experience, and thus was not subject to anti-competitive violations.

Earlier this year, Apple announced it would cease manufacturing the iPod Classic, one of the signature products that led Apple’s revival under Mr Jobs. 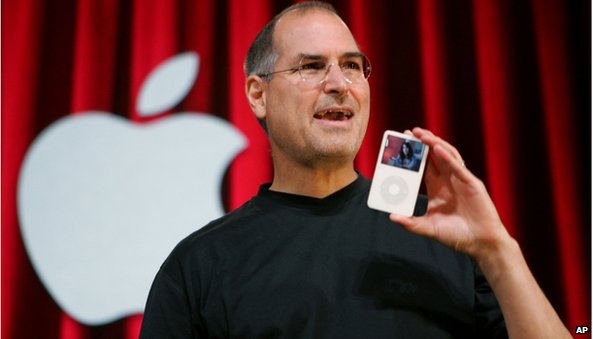 Microsoft’s launched a test version of the Skype Translator which decodes conversations in Spanish and English in real time.

It means that during video calls people who speak those languages will be able to talk freely.

Gurdeep Pall from Microsoft says it follows more than 10 years of investment.

They played a game called Mystery Skype where pupils from one school asked questions to try to work out which part of the world the other school was in.

The Skype Translator service is available in English and Spanish but Microsoft says it will eventually be available in more languages.

According to Microsoft more than 300 million people use Skype each month, totalling more than 2 billion minutes of conversation a day. 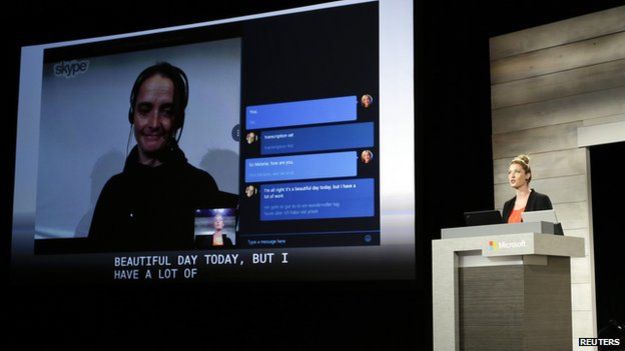 Combining image recognition and artificial intelligence, the system would be able to distinguish between drunk and sober pictures.

It would ask: “Are you sure you want your boss and your mother to see this?”

YouTube creates GIF maker for some videos with embed code

In terms of sharing videos, it means you can take out a little section of film, usually a funny bit, and make it play over and over again.

When a GIF is created, YouTube has created a handy link to the picture and a code to embed it on websites.

They can be a maximum of six seconds long and text can be added to the top and bottom.

The feature seems to be being rolled out on a video by video basis, and only some accounts

It’s unclear whether it will be rolled out to all videos, or if users will get the option of adding the tool to videos themselves. 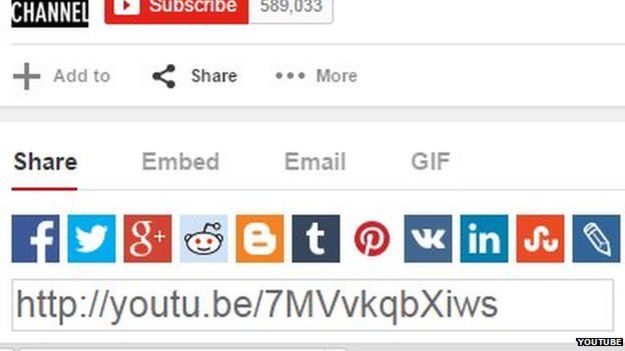 Job’s Apple-1 goes under the hammer in New York

A 1976 Apple computer sold by Steve Jobs from his parents’ garage fetched $442,000 at auction in New York, falling short of its pre-sale estimate in a competitive computer relic market.

In October, an Apple-1 built by Jobs’s business partner Steve Wozniak sold for a staggering $1.1 million at a Bonhams auction in New York, bought by the Henry Ford Museum in Dearborn, Michigan.